A556 Knutsford to Bowdon Improvement


In November 2014 work began on a £200m project to improve the A556 between the M56 and M6. The project involves constructing a new 7.5km 4 lane dual carriageway between the two motorways in order to relieve congestion on this stretch of the road.

The A556 is a major trunk road which serves north Cheshire and south Manchester. The section of road also provides a connection between the M6 at junction 19 and M56 at junction 7.


As a result of this the road is often severely congested, particularly at peak times. And according to the Highways Agency there were 98 incidents along this stretch, including 1 fatality and 13 serious injuries in the period January 2007 to December 2011.


The project will also involve reconfiguring the junction at Bowdon in order to create a grade separated overpass. The new junction will improve the link between the M56 junction 7, A556 and the turn off for Altrincham. 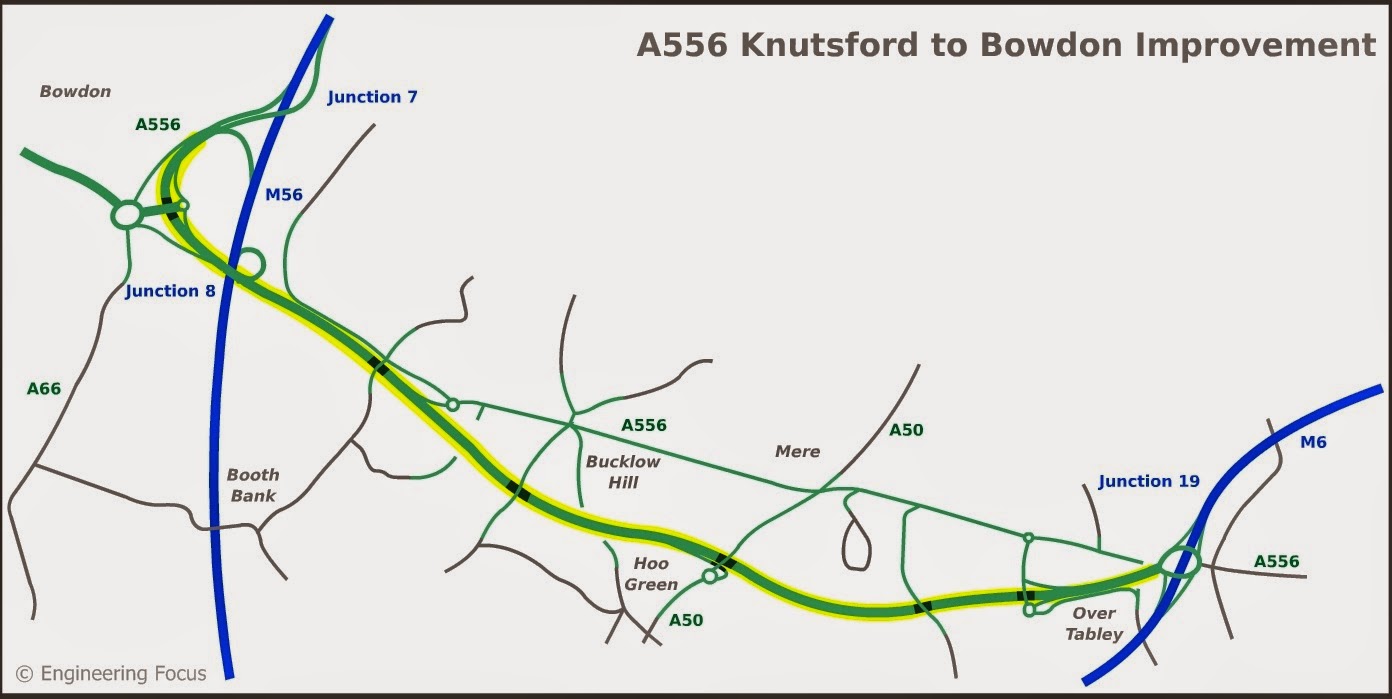 The images below were taken from the site at Bowdon, where work has begun to build a new junction. 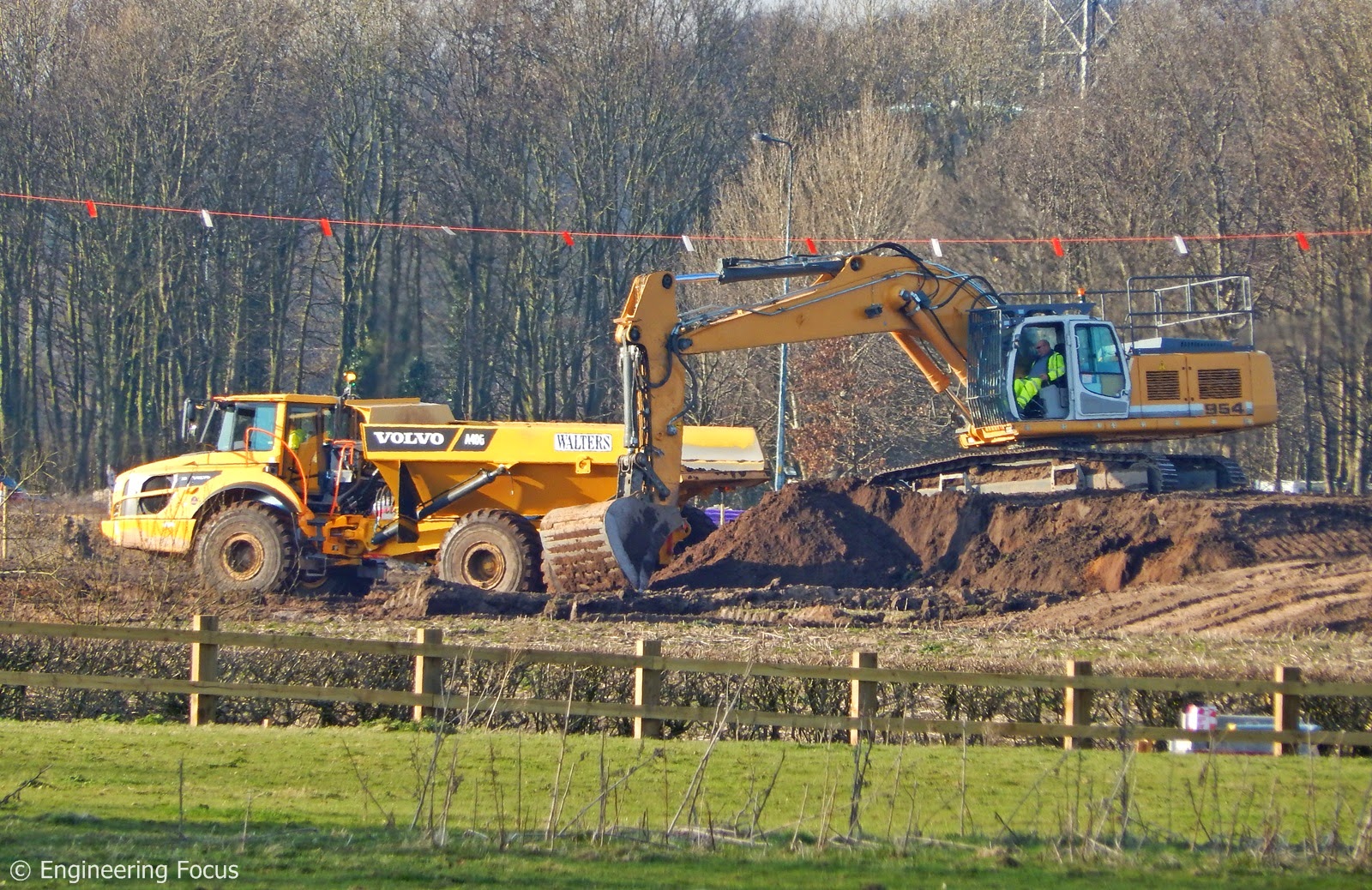 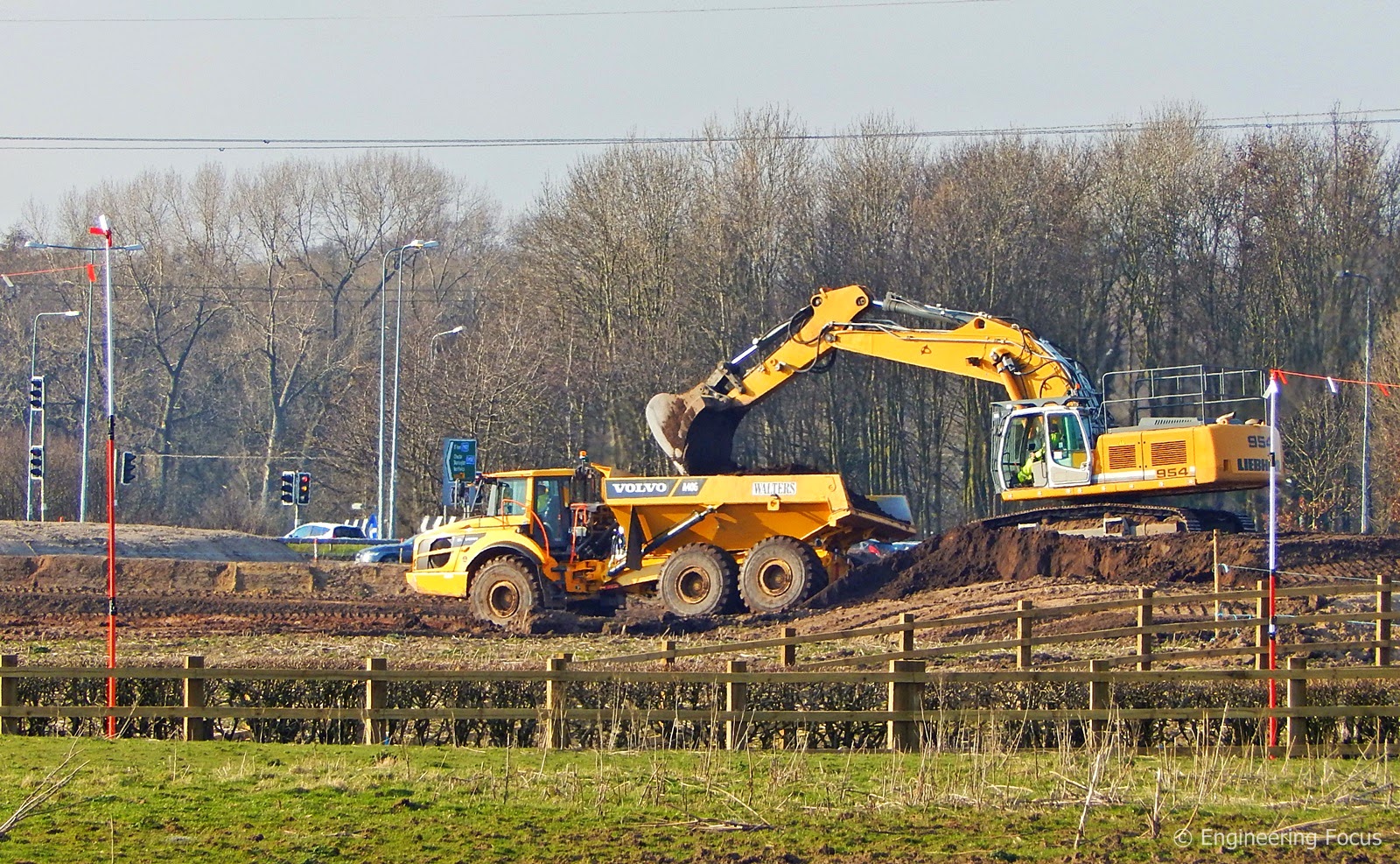 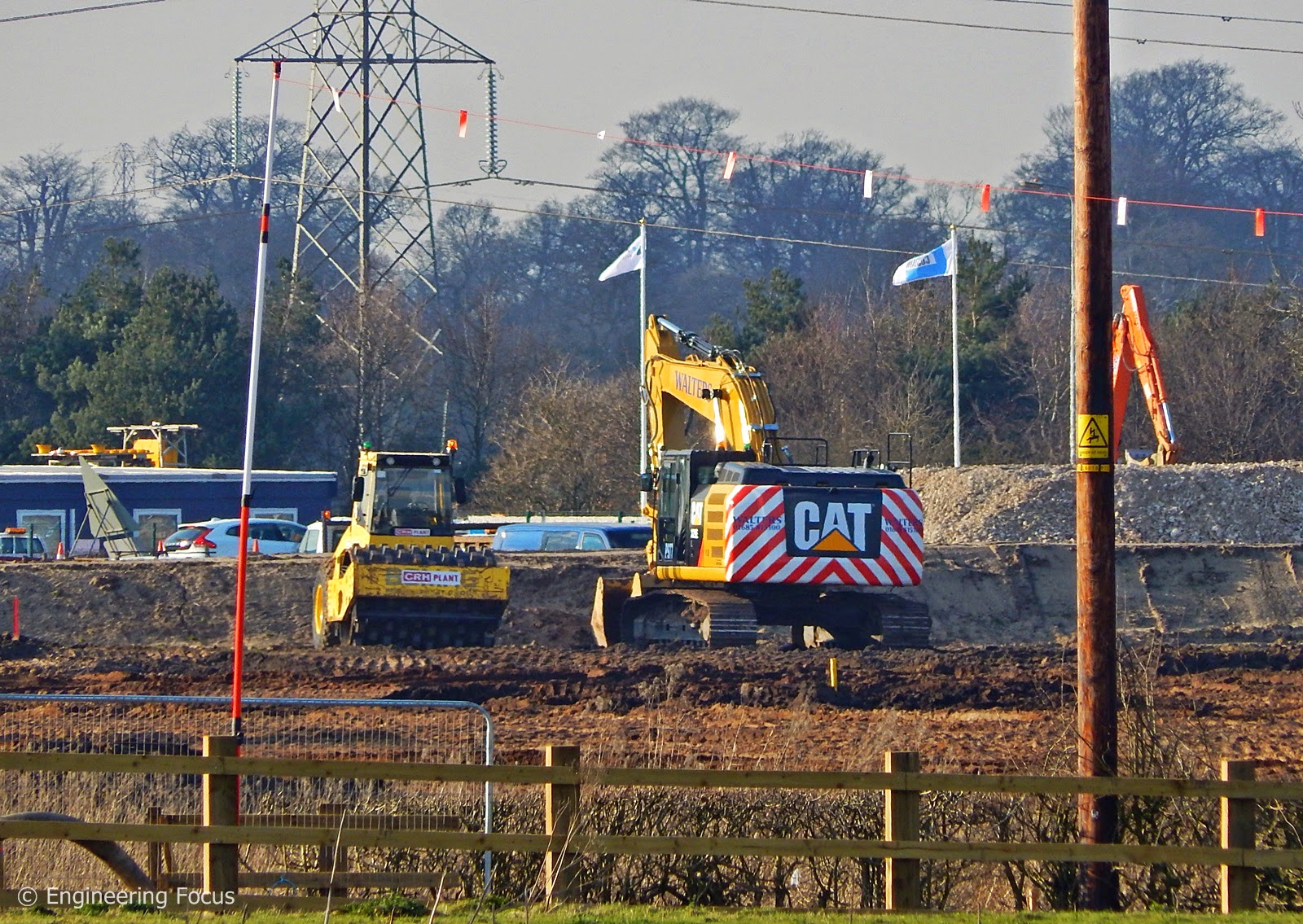 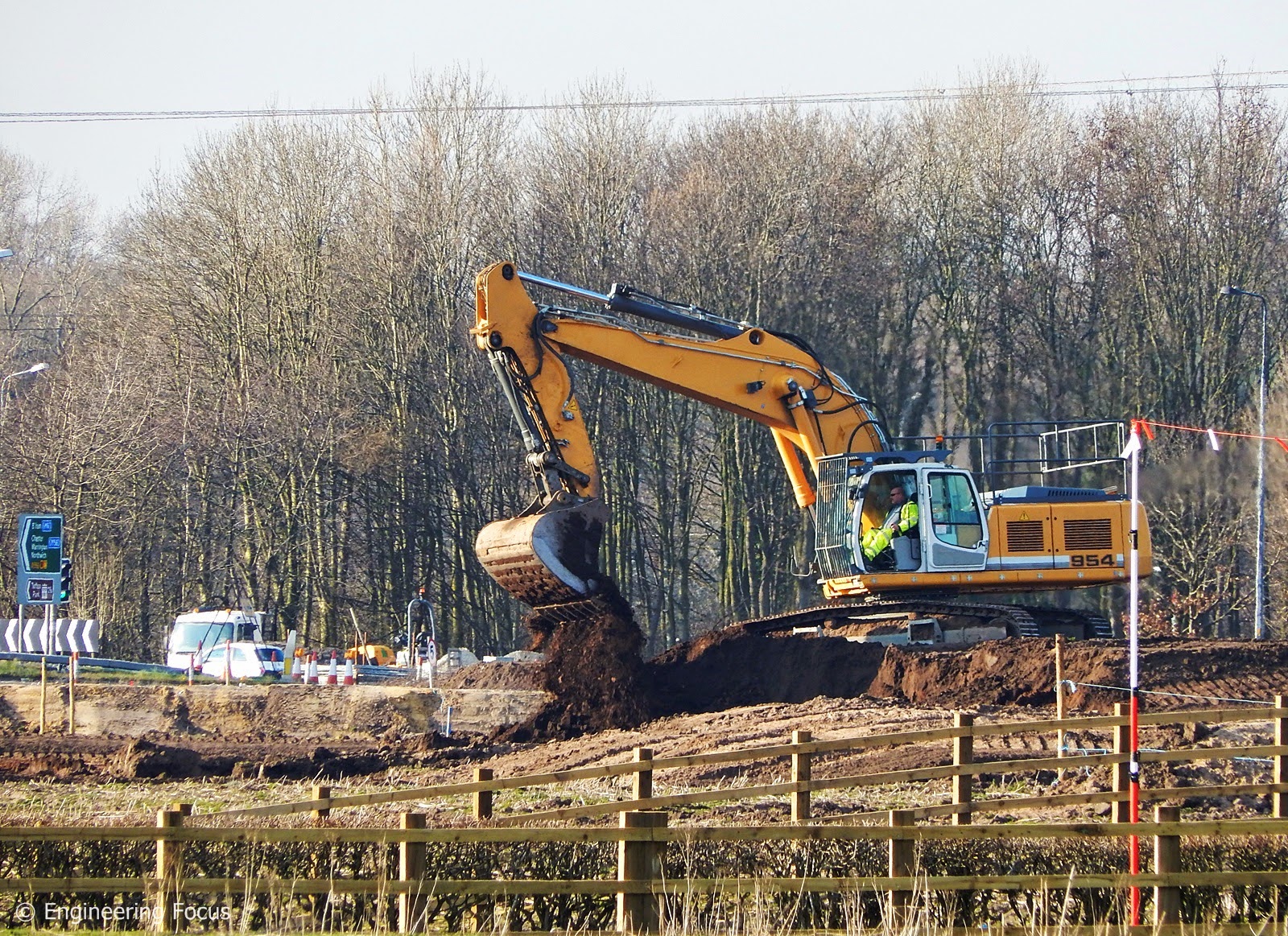 TransNorth set to revolutionise transport in the North

Plans for a 'TransNorth' rail network as well as road investments will be set out by Chancellor of the Exchequer George Osborne and Transport Secretary Patrick McLoughlin today.


Plans set out in the report include:

A key focus of the report is to develop the concept of "High Speed 3" which will form the backbone of a ‘TransNorth’ network.  This 'TransNorth' network will provide fast rail links between Liverpool, Manchester, Leeds, Sheffield, Newcastle and Hull.

Studies produced by Network Rail set out different options for creating a network along with cost estimates.  Options produced include upgrading existing routes to building new lines. The government will provide funding in order to develop the options identified.

The Government will also set out how it will deliver HS2 in the North sooner by preparing a dedicated hybrid Bill to lay during the next Parliament. The aim of bill will be to bring HS2 to Crewe sooner than planned.

As well as improvements to rail services, the Government is to continue with major improvements to the North’s road network. The M62 is to be expanded to to four lanes between Leeds and Manchester and the M6 will also be upgraded to 4 lanes

The A1 will be upgraded to provide continuous motorway standard between London and Newcastle and the M1 will be widened to 4 lane running between Yorkshire and Humber.

Update: Link to the he Northern Powerhouse document 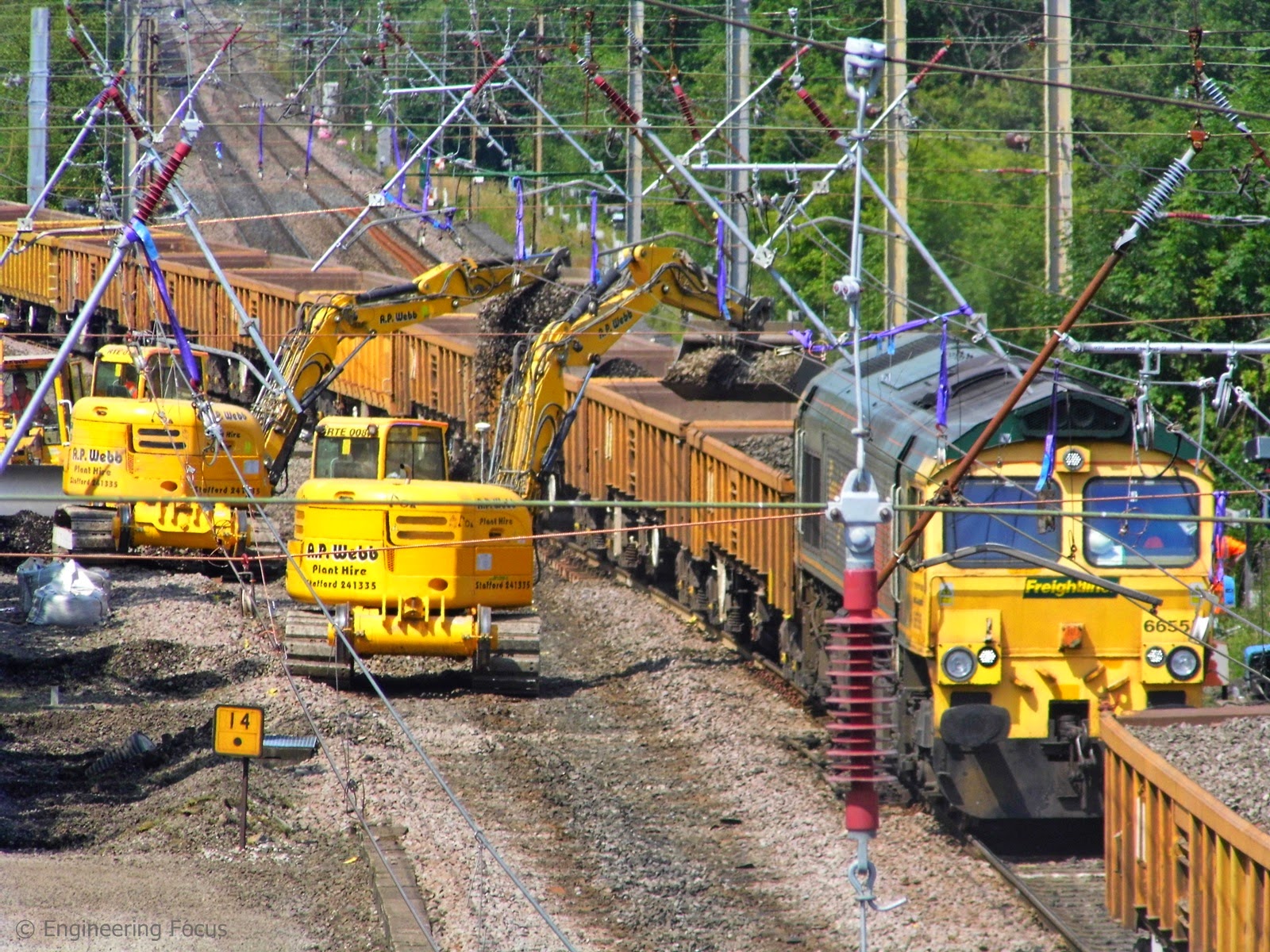 2013 work progressing on upgrading the WCML between Warrington and Preston 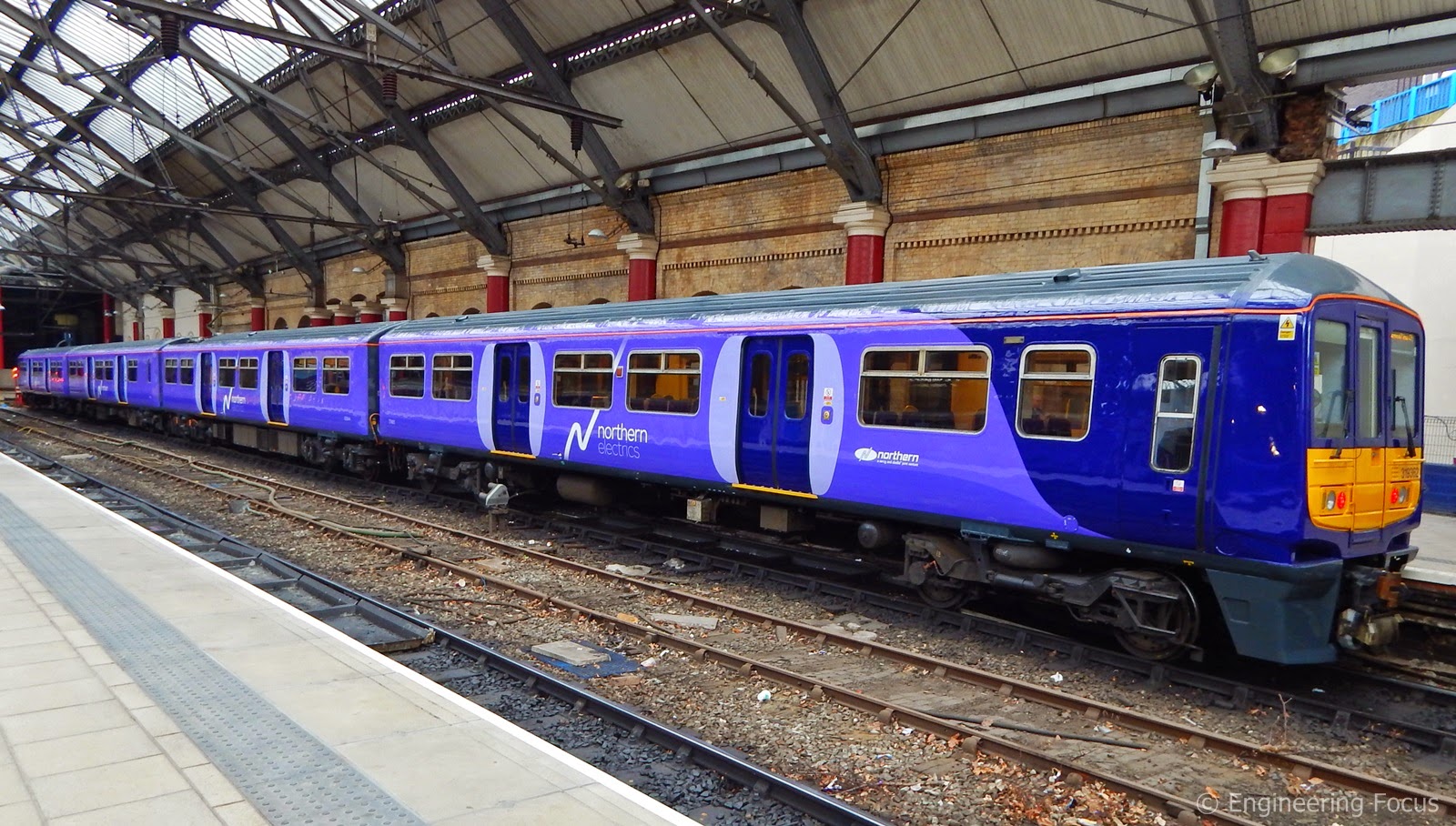 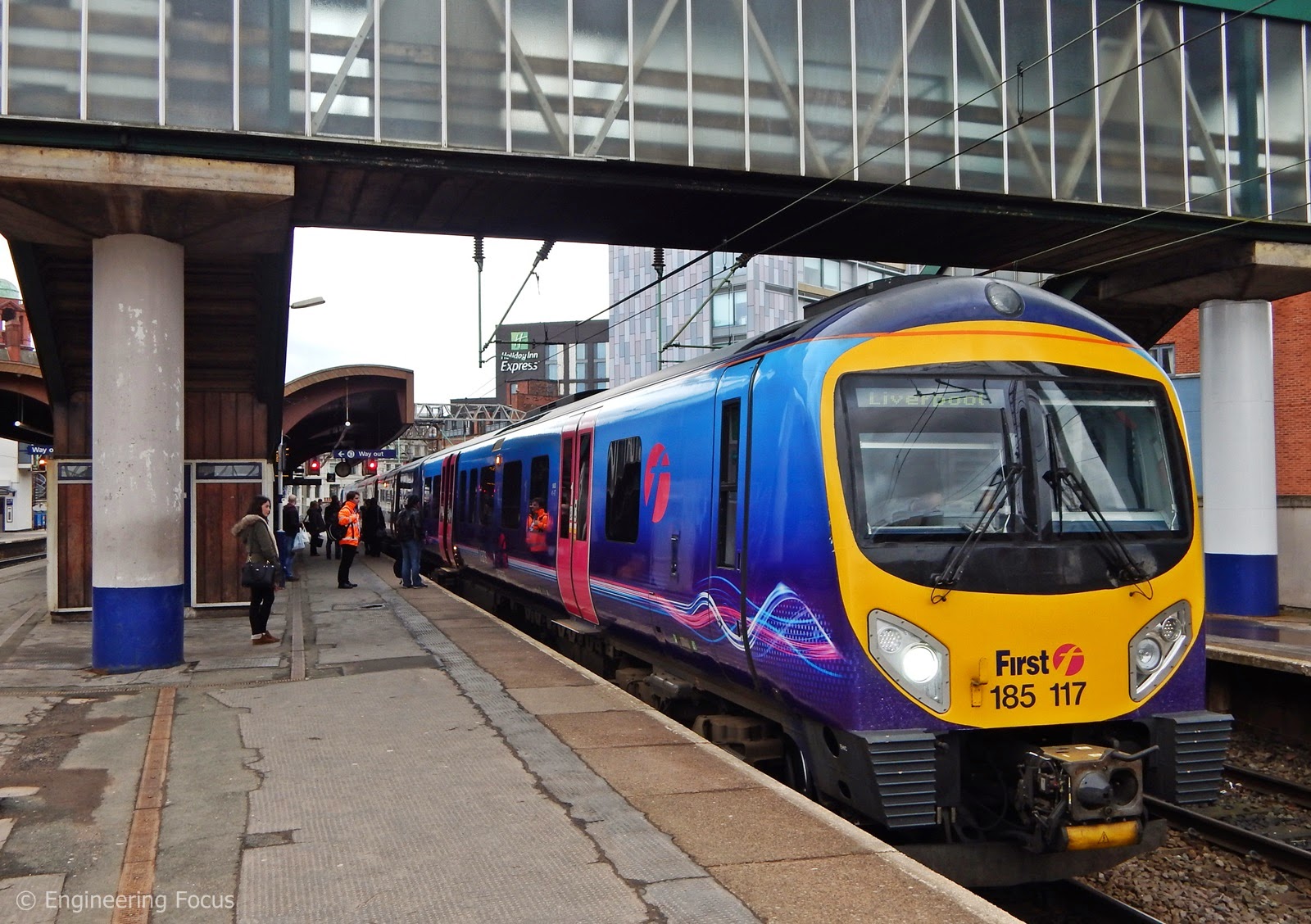 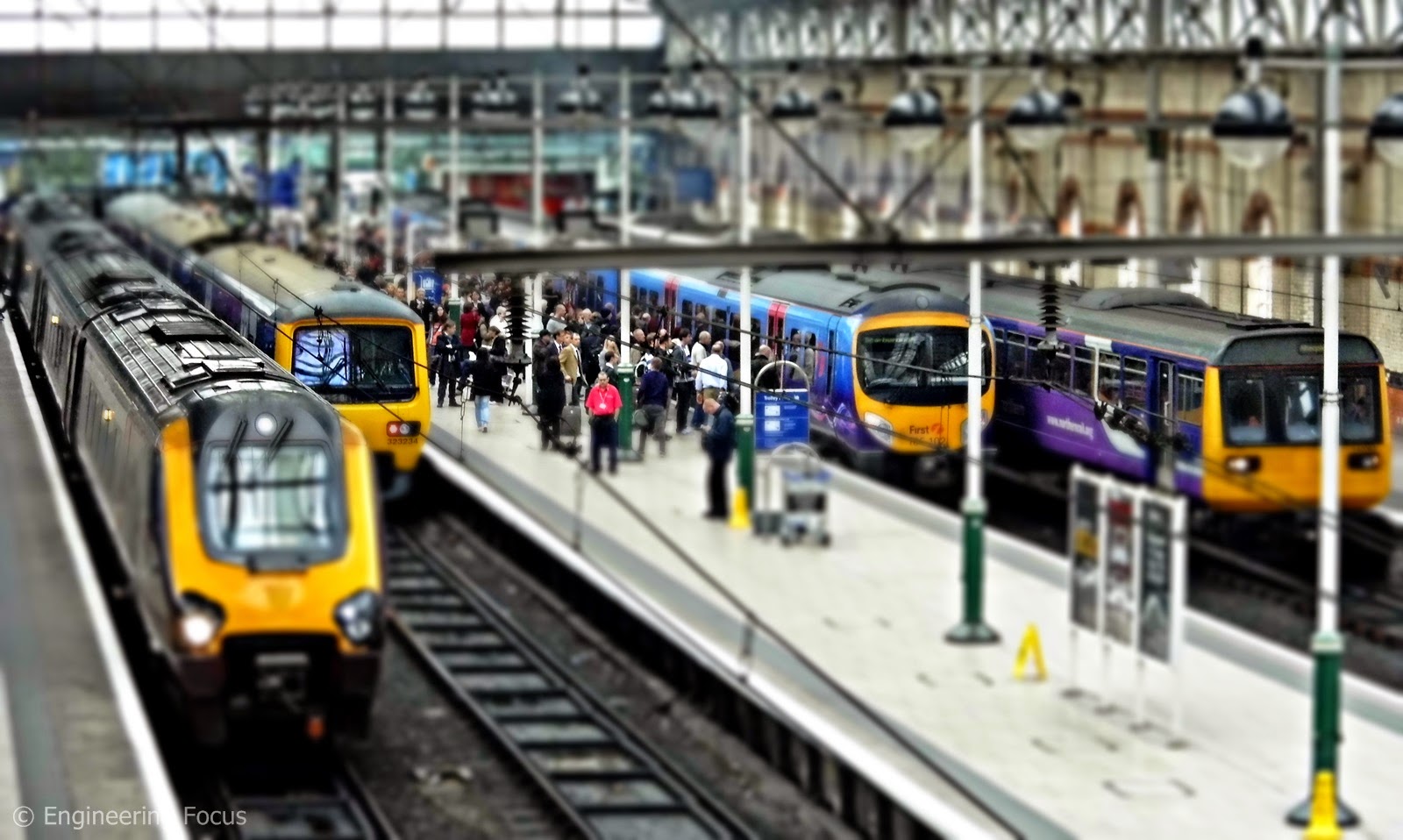 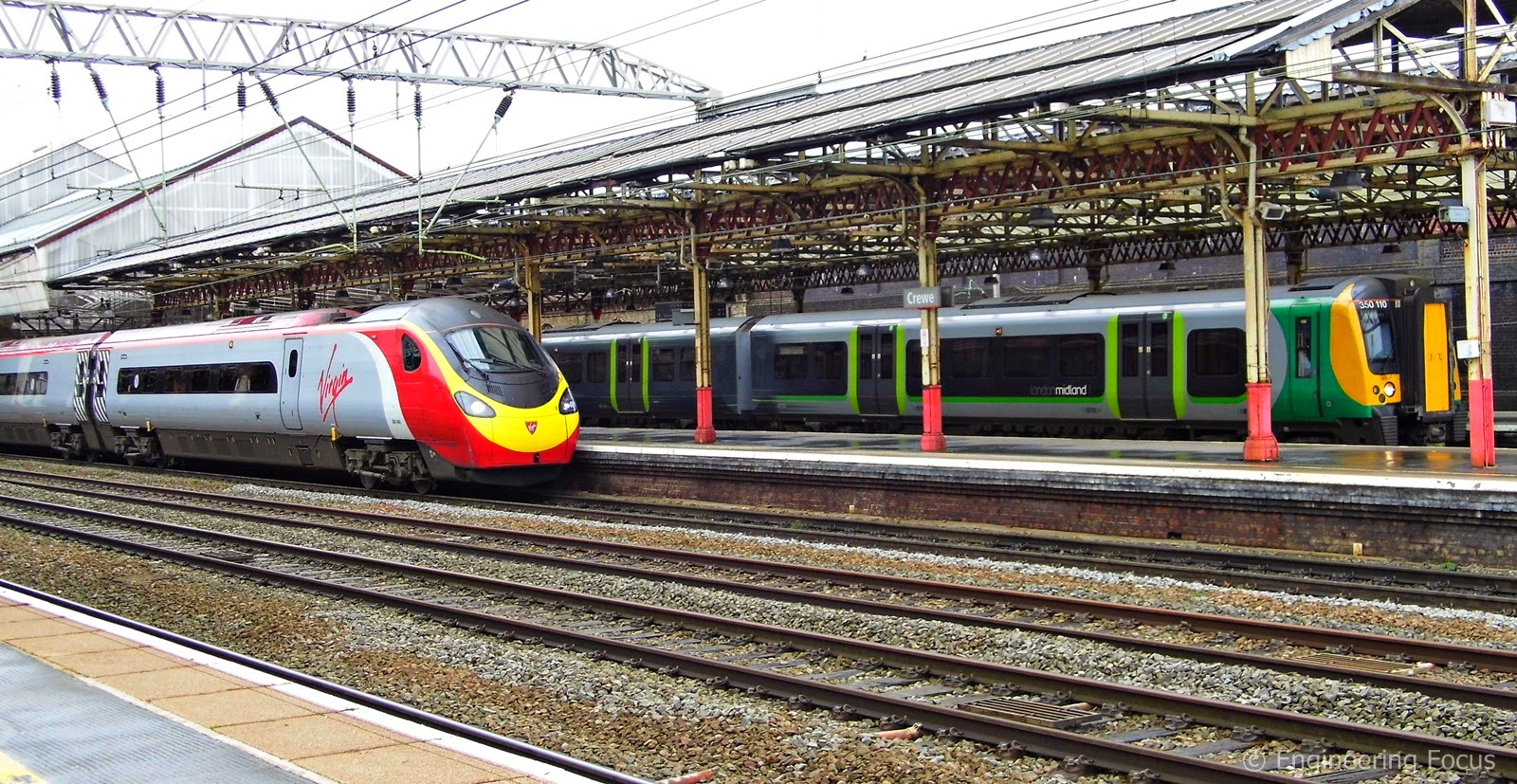 For the almost 10 years the Irish Sea has been bristling with strange looking vessels with legs rising tens of metres into the air. The vessels known as jack-up rigs were based at the Port of Mostyn in North Wales and Cammell Laird in Birkenhead, Wirral.


The large vessels which had been departing the Port of Mostyn for a number of years were laden with components to be used to build some of the largest off-shore wind farms in the UK.

The jack-up rigs, as the name implies can jack-up off of the sea bed in order to provide a stable platform from which to construct the wind turbines. Barges departed from Cammell Laird on a regular basis laden with mono-piles and foundations to be used to secure the wind turbines to the sea bed.

Wind turbine towers, hubs and blades which make up the Siemens' 3.6MW turbines were stored and shipped from the Port of Mostyn. The towers were pre-assembled on shore and then shipped to the wind farm for installation.

A number of large wind farms have already been complete, they are Robin Rigg, Burbo Bank, Rhyl Flats, North Hoyle and Arklow Bank. Robin Rigg the most recent wind farm to be brought on-line was completed in 2010 and consists of 60 Vestas wind turbines generating 180 MW.

Together the 5 wind farms consist of 174 wind turbines, which can generate up 445 KW of clean power, enough electricity for about 300,000 homes. It is claimed that Robin Rigg alone with displace the equivalent of 200,000 tonnes of CO2.

Impressive as these figures are, the wind farms individually some of the largest in the country will soon be eclipsed by the 160 turbines which make up Gwynt y Môr wind farm, located off the coast of North Wales.

The Gwynt y Môr wind farm funded by RWE Innogy is due to come on-line later this year (2015). The wind farm once complete will be able to generate up to 576 MW of electricity enough for 400,000 homes.

In May 2010 the Crown Estate awarded a lease agreement to DONG energy in order to extend the Burbo Bank offshore wind farm by a further 234 MW.  Permission to extend the wind farm was finally granted in September 2014.

In December 2014 final investment decisions were made with DONG Energy choosing to construct the wind farm extension. This has paved the way for construction to commence this year (2015), with the extension due to come on-line in 2016/17

[edit]
This image below from the archive gives some sense of scale. Turbine foundation monopoles stood upright next the the enormous fabrication shed at Cammell Laird 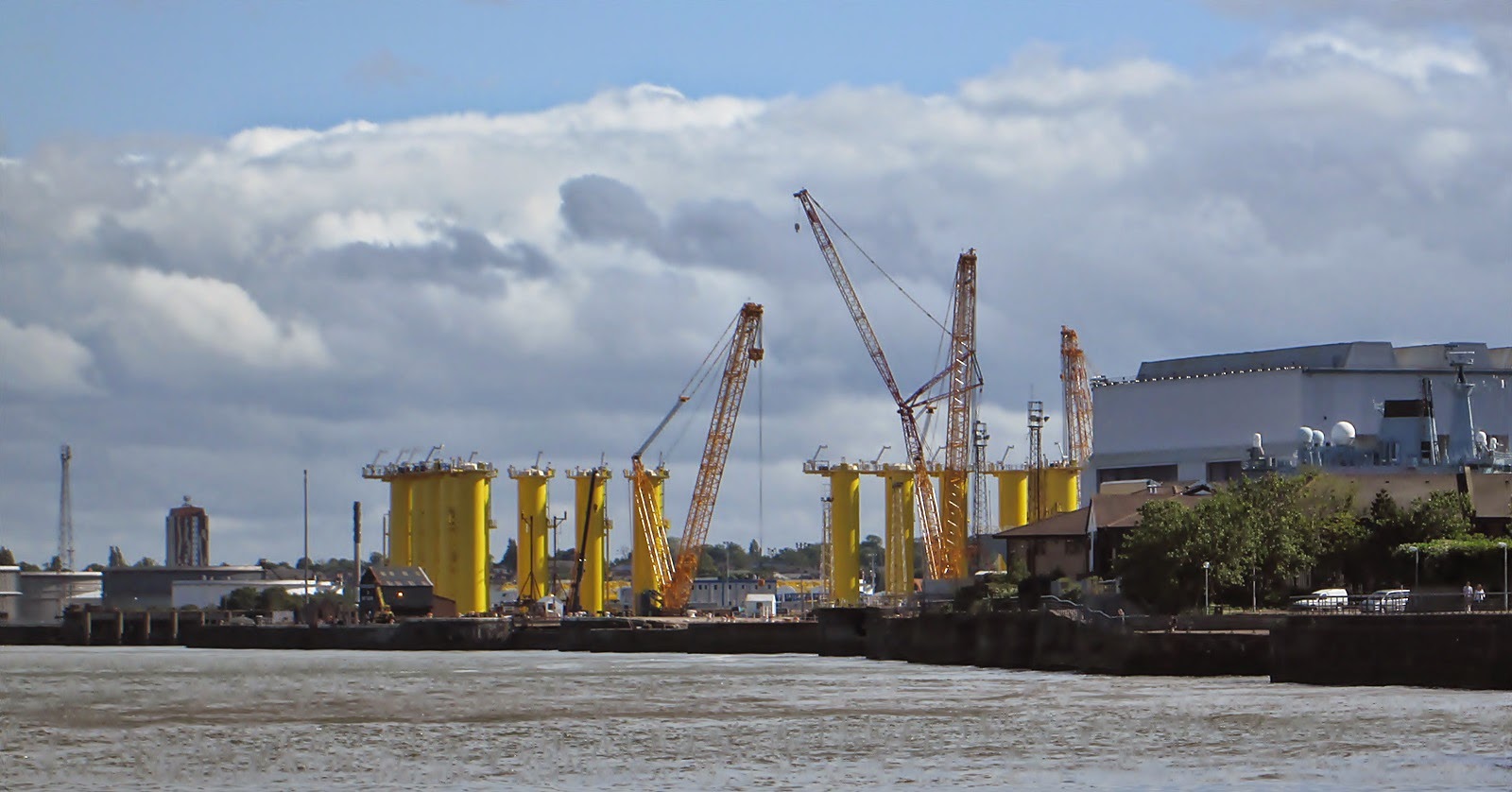 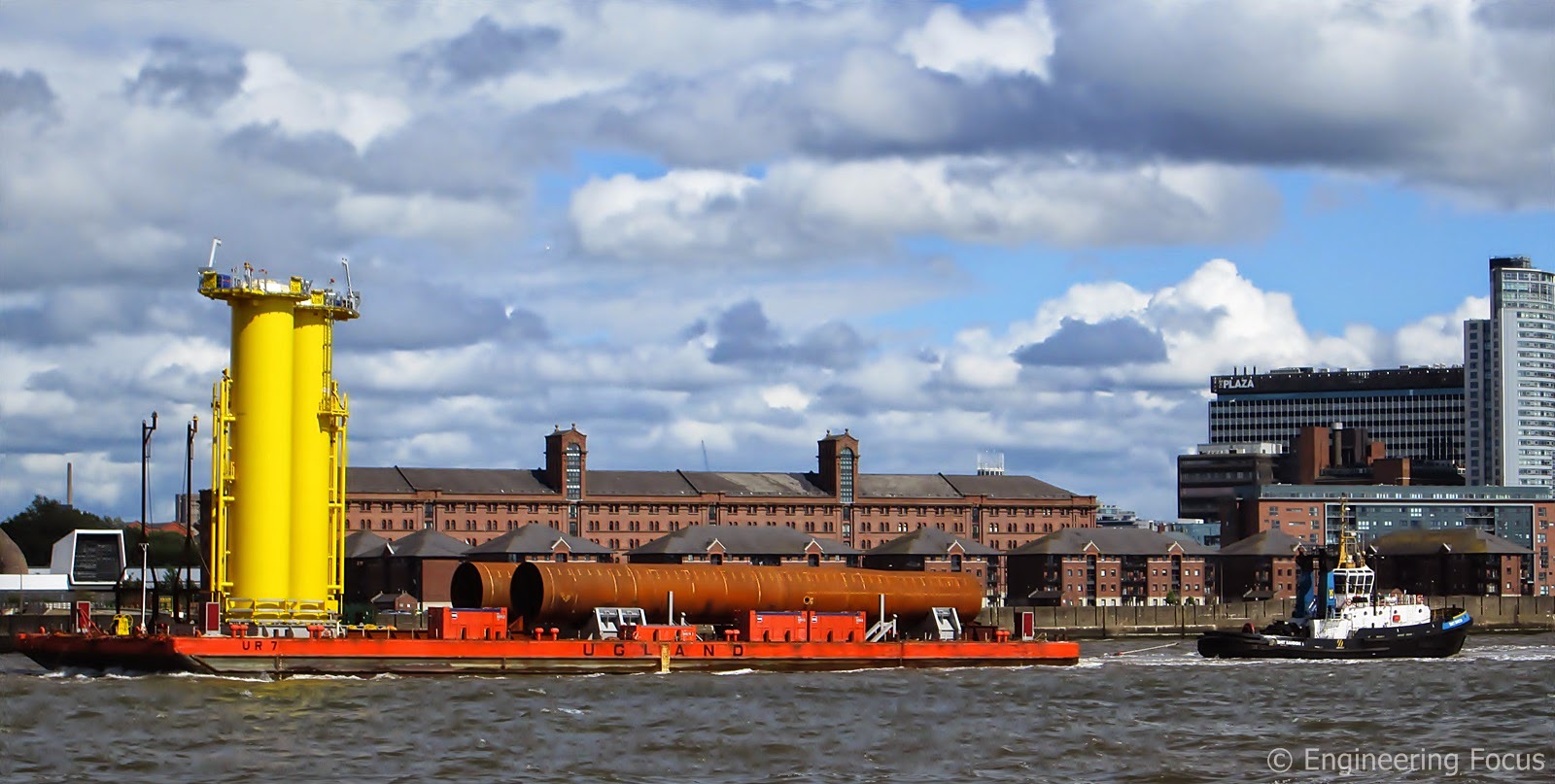 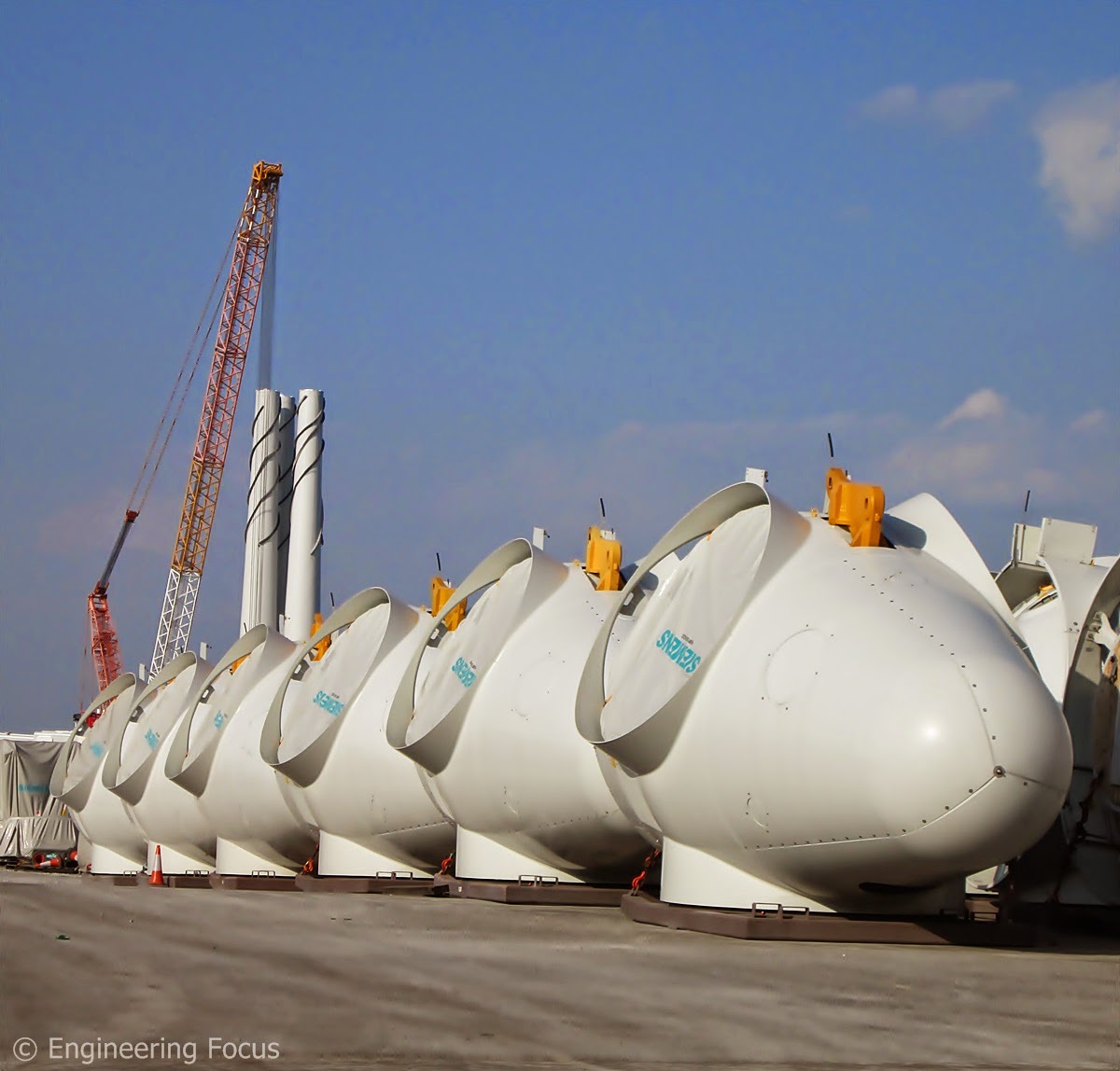 Siemens wind turbine hubs lined up at the Port of Mostyn

Wind turbine blades lined up at the Port of Mostyn

Today (05/03/15) was a significant day for commuters from the North West as Northern Rail officially launched electric services between Liverpool and Manchester.  For the majority of commuters it will be just a normal day, they may notice the freshly painted train waiting for them at the platform, they may notice the lack of engine noise and the fresh new interiors. But for the many they will be surprised to find a seat, apart from this their day will go on as normal.


For businesses, Northern Rail, transport workers and enthusiasts however this is a momentous day. The culmination of years of hard work by Network Rail, Northern Rail and those who have lobbied for electrification over the years.

The electrification of the line between Liverpool and Manchester, and the introduction of new electric trains is just the start of a programme of electrification which will benefit millions of commuters across the region as other lines go live.

Liverpool, Wigan, Preston and Blackpool services are all due to go electric over the coming years, with electric trains steadily heading north for refurbishment and introduction on Northern routes. For more information about North West electrification click here

The electric services themselves may be new to the region, but the trains are not. In fact the class 319s that are being introduced have been in service in London since the 1980s. This has lead to accusation by some that the trains are "cast offs from the south"

I'm delighted to say however, that they certainly do not feel like "cast offs". The trains are a world away from the diesels that they are replacing. All trains entering service with Northern will be refurbished and given a new coat of paint making them look fresh and modern.

The trains on the inside are not what you would describe as luxurious, there are no tables and have 3 + 2 seating in places, however they are ideally suited for carrying people the short distances into Manchester and Liverpool in relative comfort.

The seats are comfortable enough and the ride is quiet, apart from the odd clatter from an air compressor. The train feels comfortable at speed with none of the engine noise of the older diesels and with very little buffeting.

The ride is now comparable with the more modern diesel trains used by Trans Pennine Express, with the only draw back being a lack of tables. Otherwise there is nothing to choose between TPE's modern diesels and Northern's electric trains if you're travelling between Liverpool and Manchester.


Perhaps it would be nice if we in the North received new electric trains, but the new electric services being introduced provide a step change in comfort, capacity and hopefully speed that should not be scoffed at. 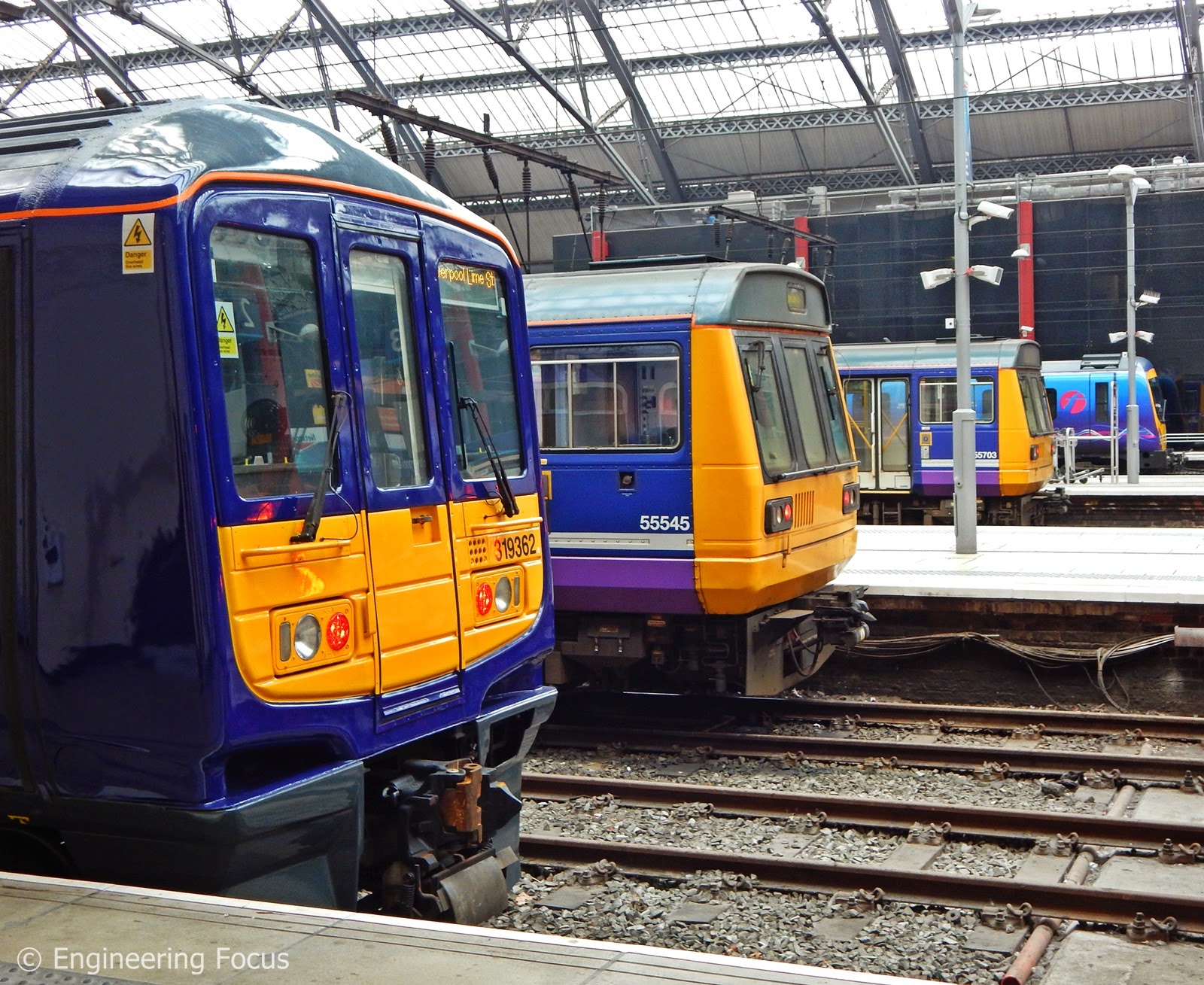 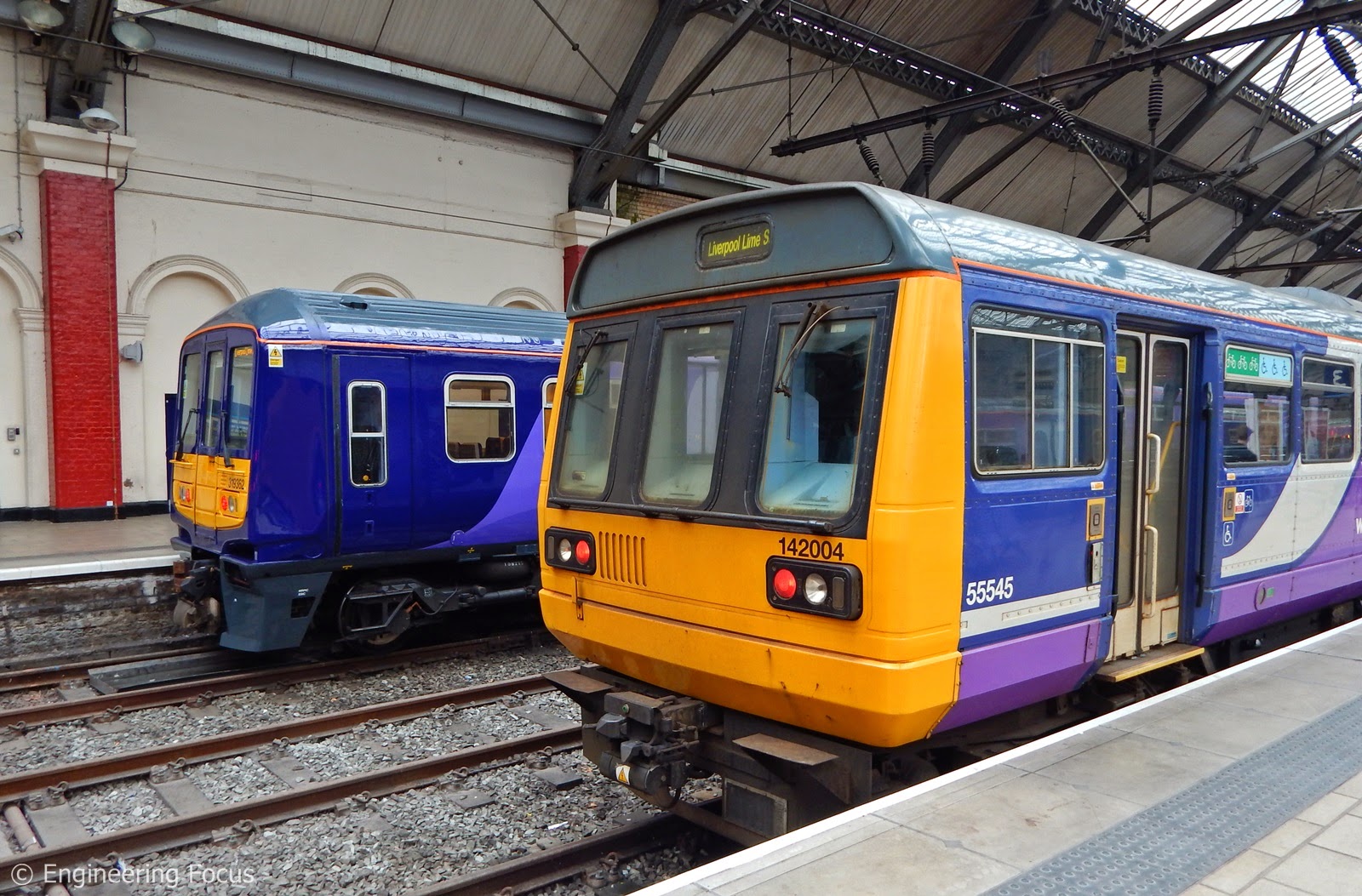 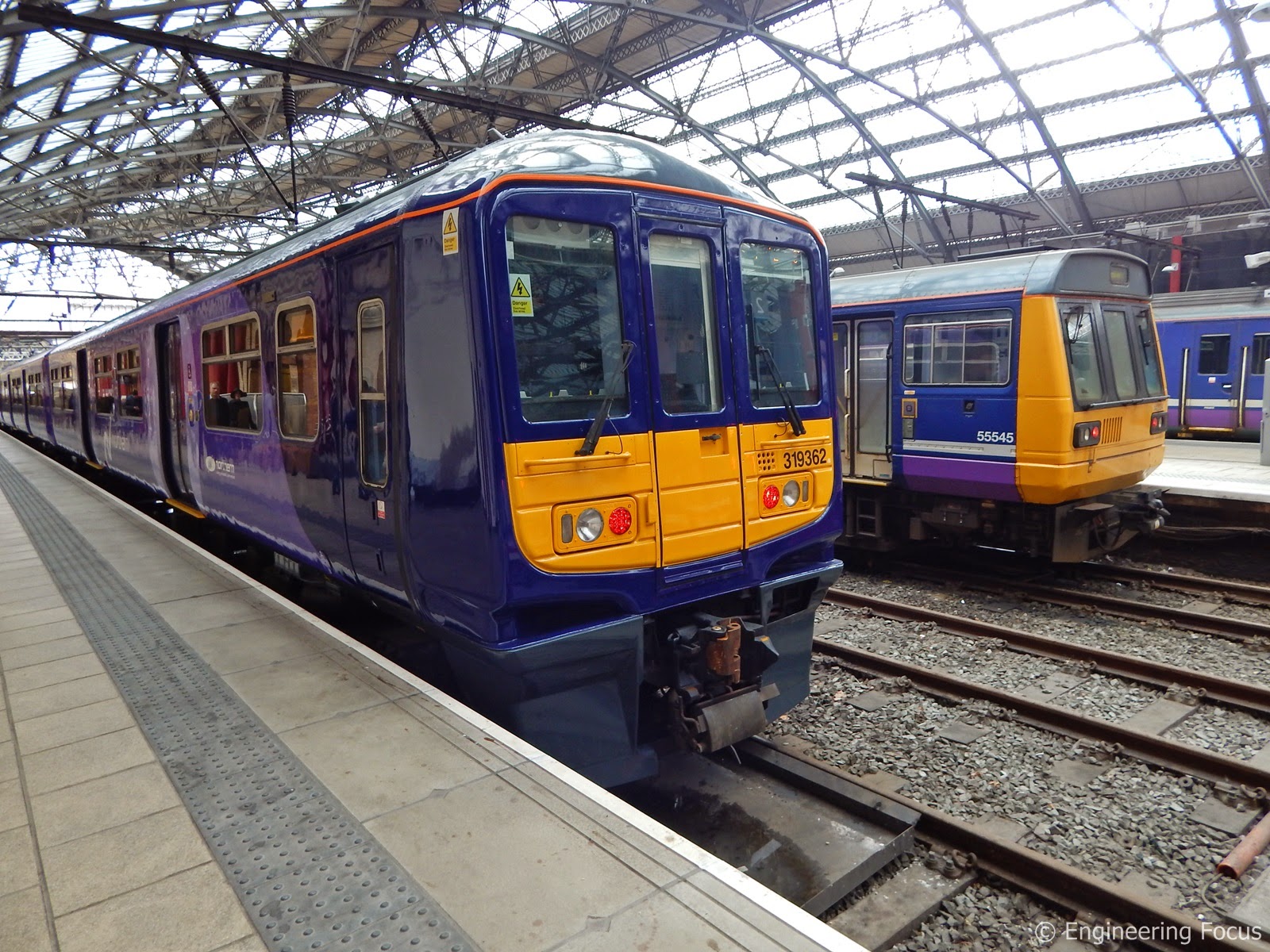 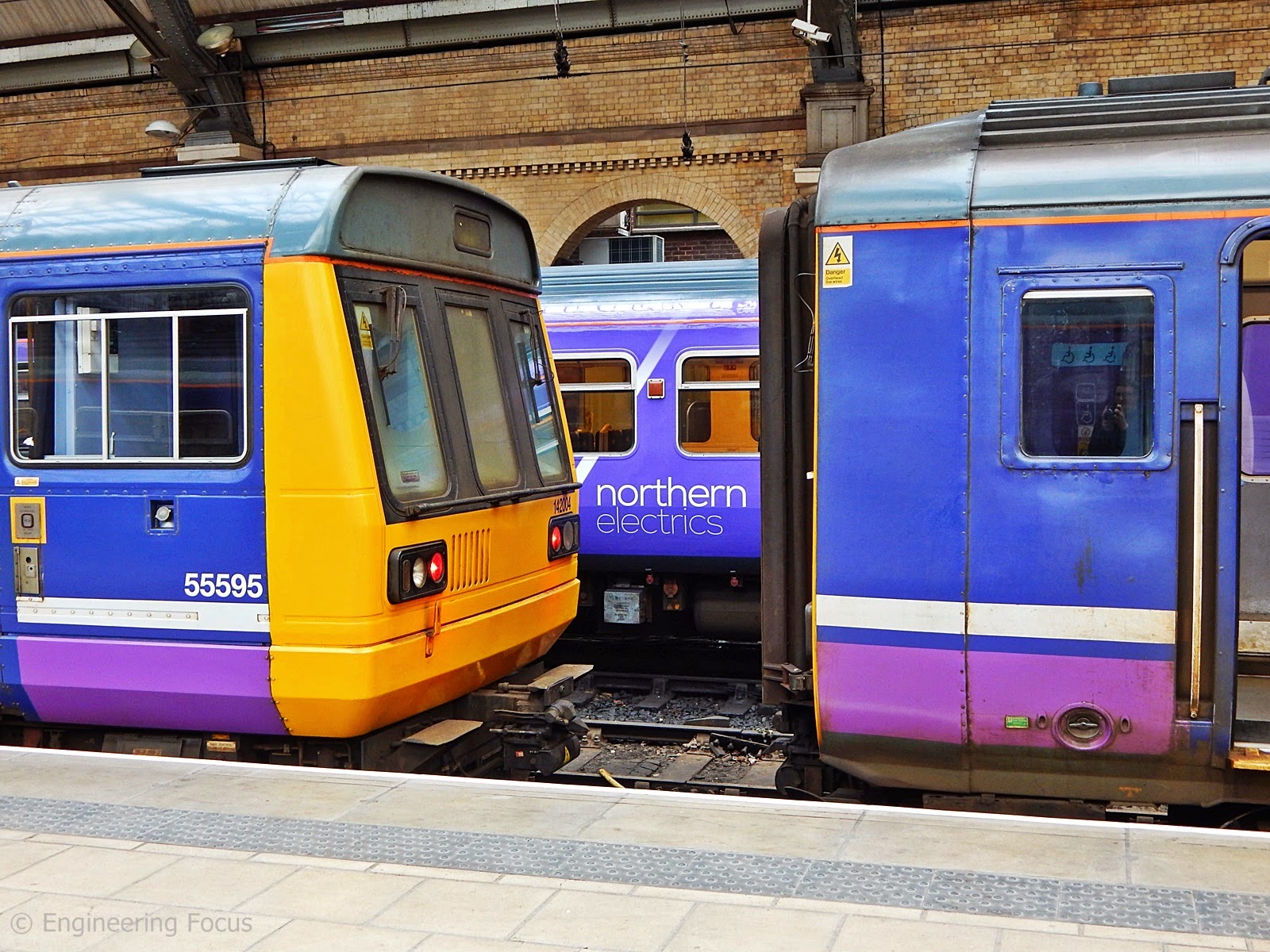 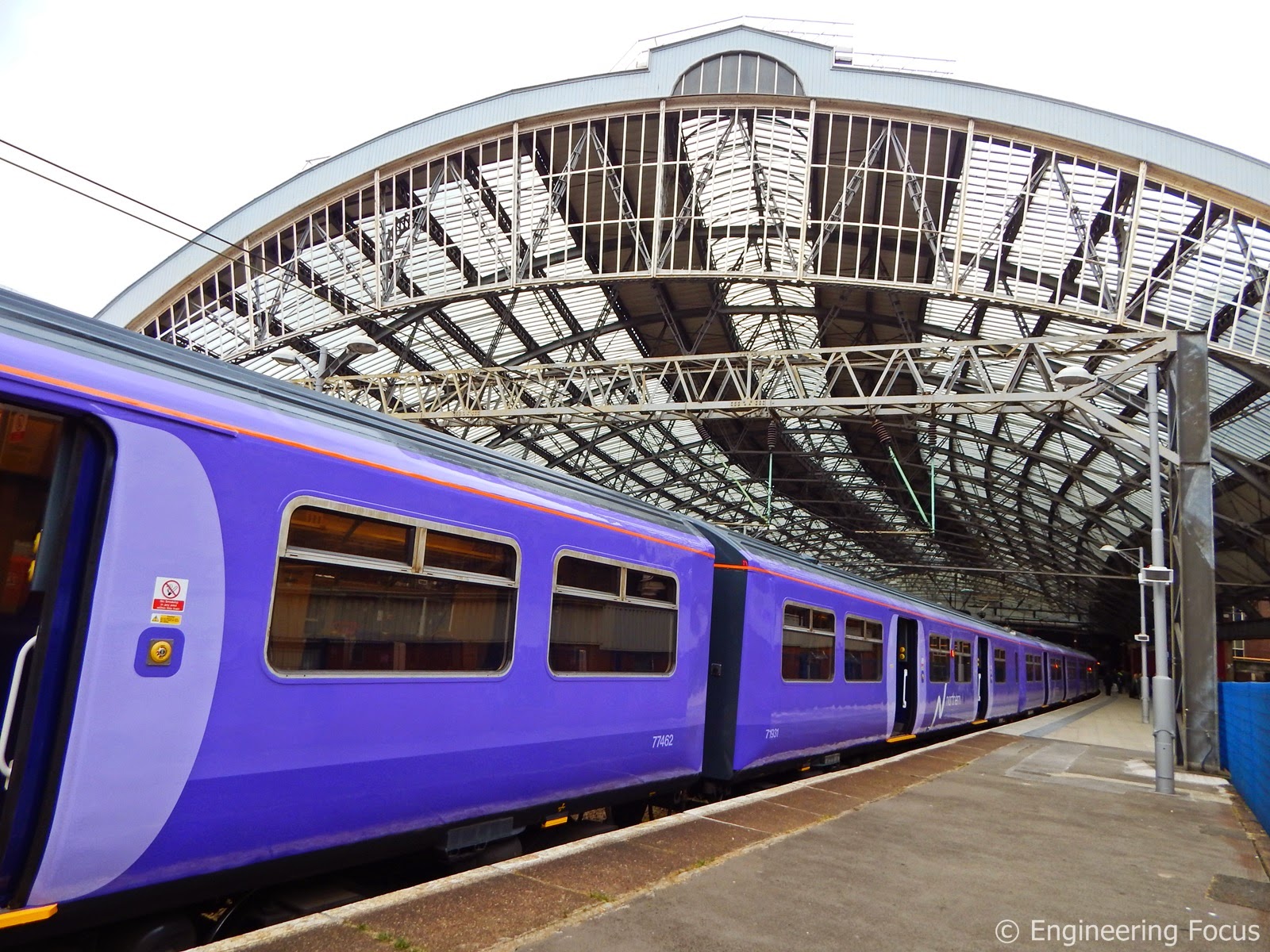 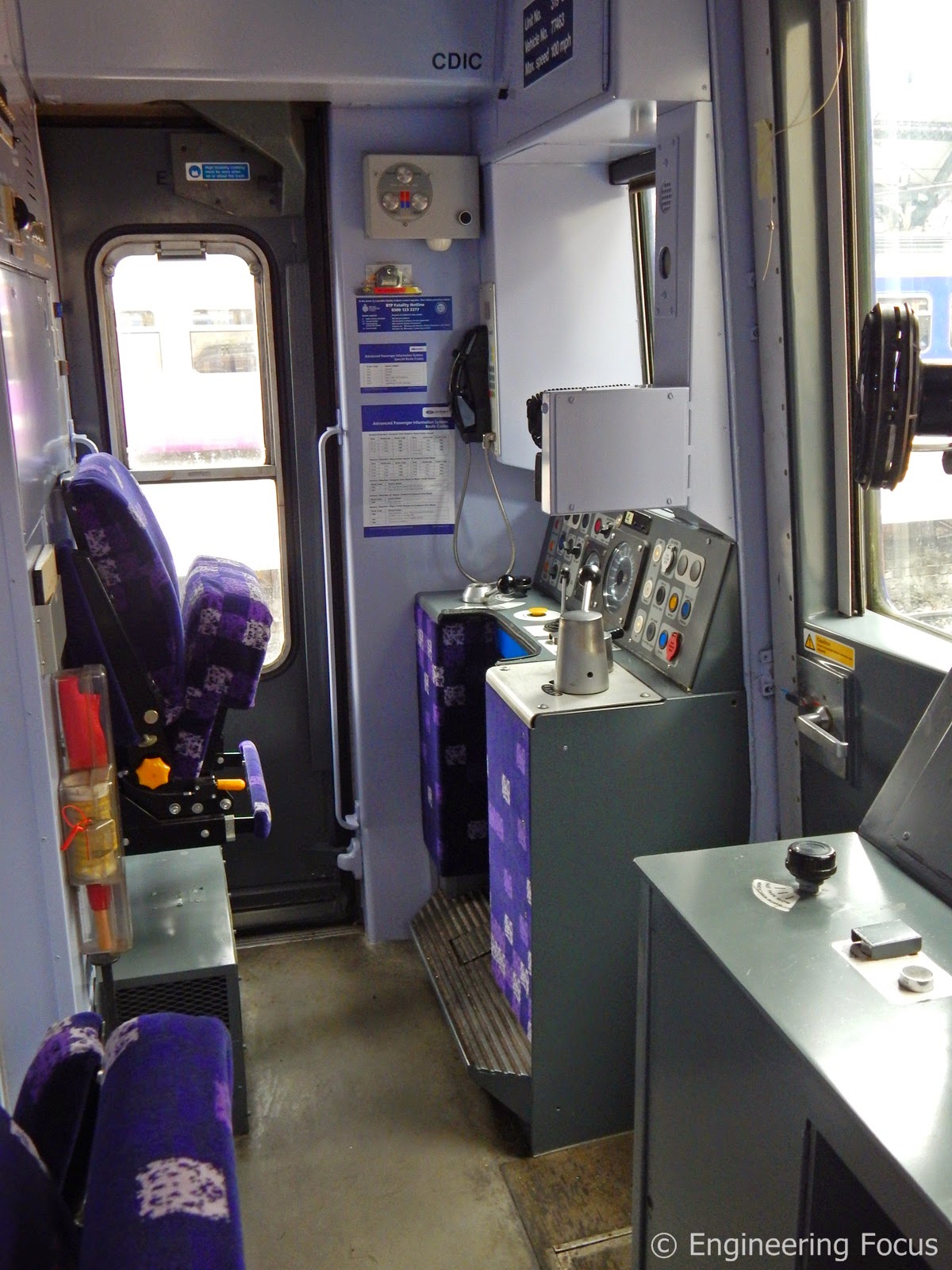 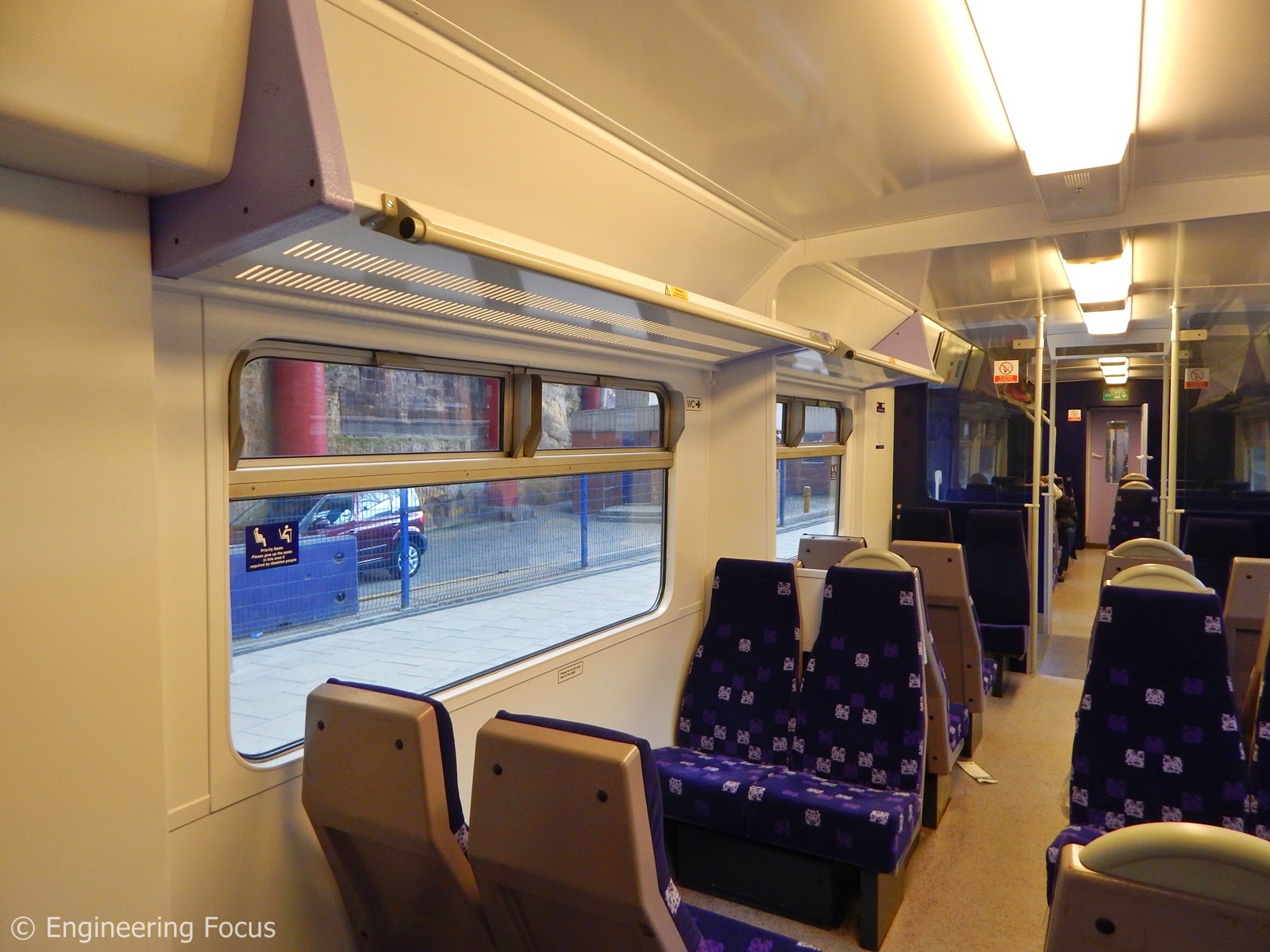 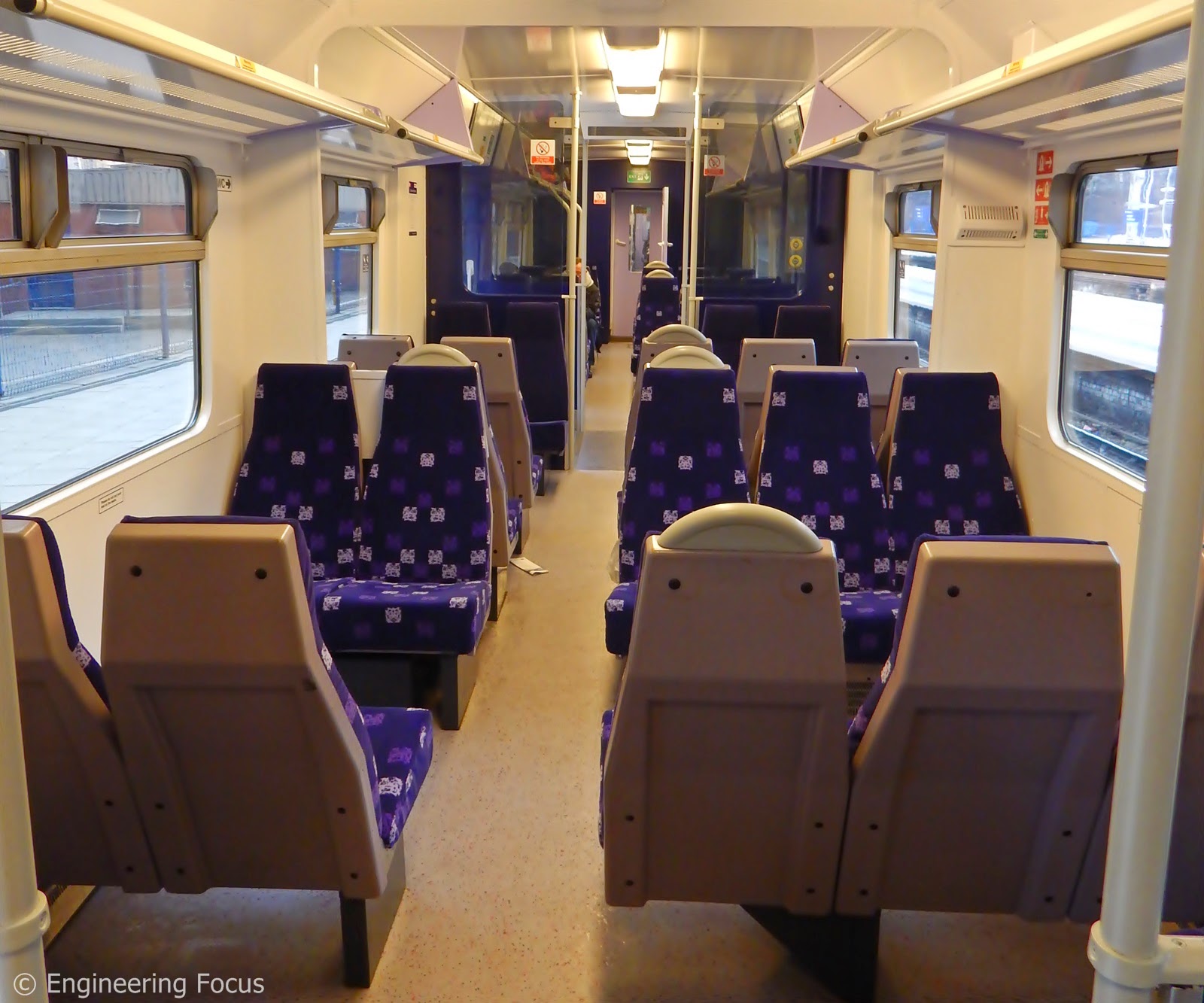 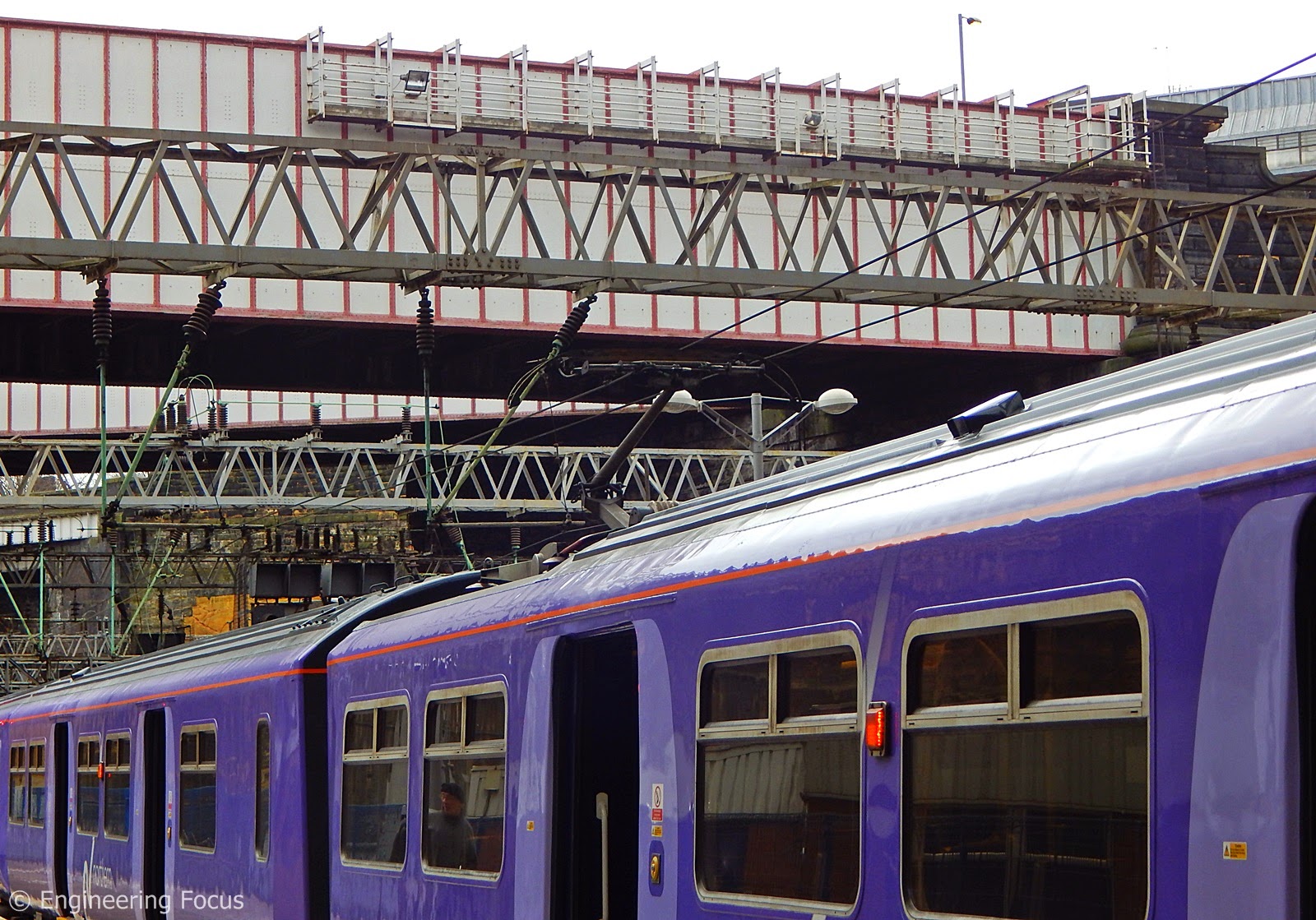 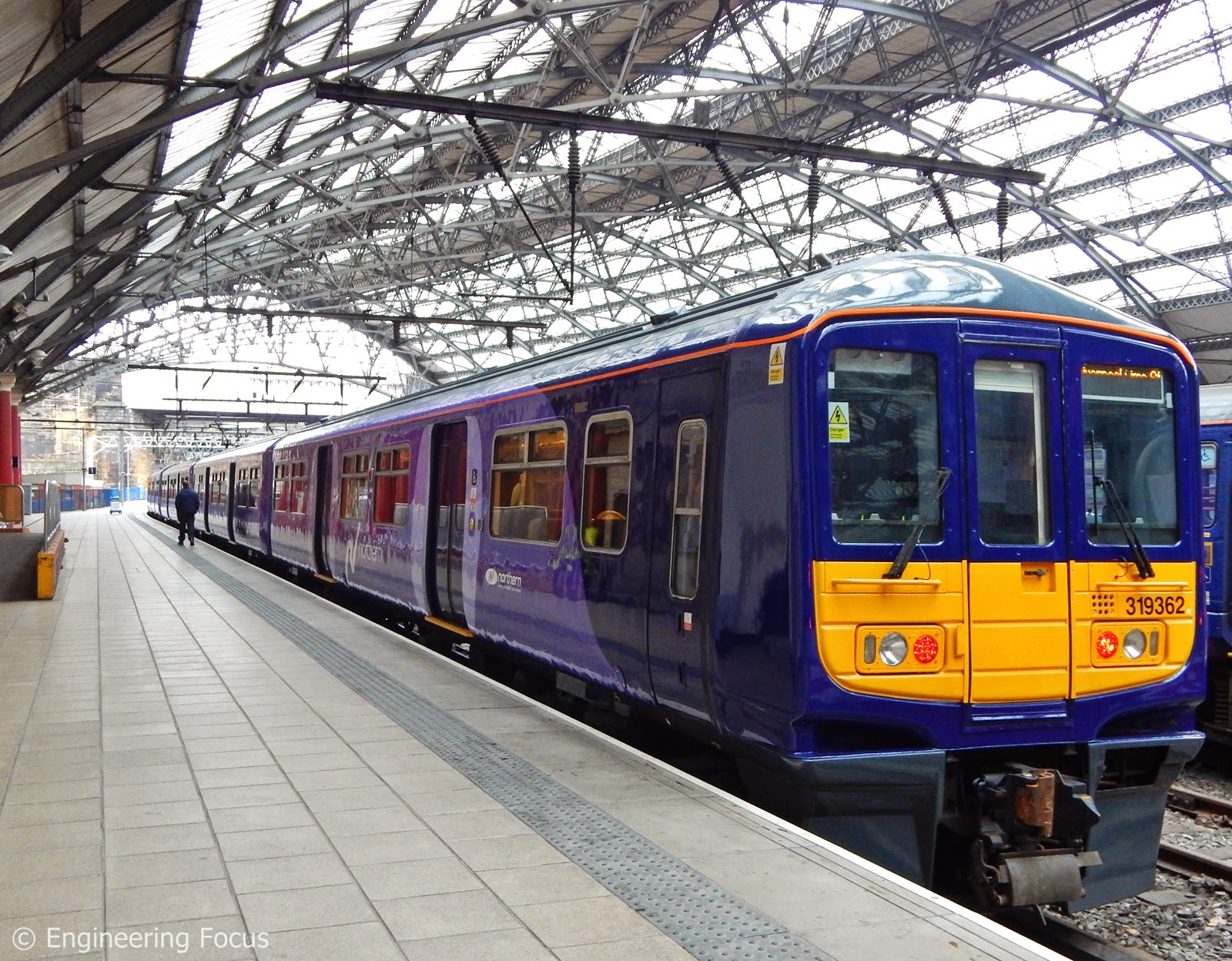