It has been 5 months since I last updated progress on the construction of the new bridge across the Mersey, the last blog about the project posted in May focused on the task of upgrading the road connections to the bridge. 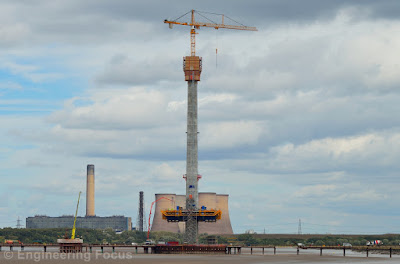 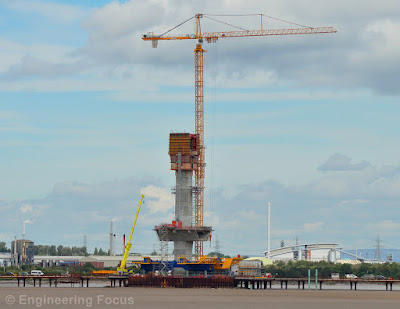 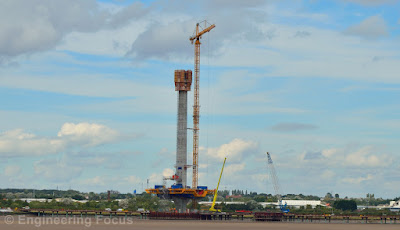 A view of the 3 pylons together taken on 26th of August.

The form travellers each act a mould into which steel reinforcement is placed and then concrete is poured to form a bridge section. Each bridge section will be secured with a stay cable anchored to the pylon.

Once each bridge section is secured and the concrete has set the traveller then moves along, half of the travel supported on the bridge section just constructed and the other half jutting out to support the mould, ready to construct a new bridge section. This process is repeated until 2 form travellers working from each pylon meet in the middle.

The south pylon with the form traveller in position. 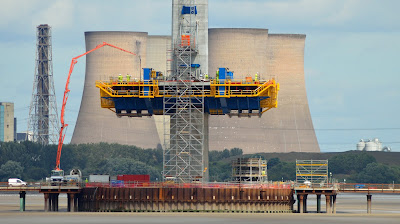 Over the past 5 months the MSS which has been constructing the approach viaduct on the Widnes side has been making steady progress, as of the 20th of August 8 spans had been completed. Work has now begun to extend the width of each span to the final 6 lane width.

To extend the width of each span a machine called a wing traveller (pictured below) has been installed. This machine rests on the constructed span and reaches out sideways to support 2 moulds (1 either side) onto which concrete is poured. Once the concrete is set the machine is moved forward to repeat the process. In Runcorn a second MSS is being assembled to construct the approach viaduct which will take traffic over the Manchester Ship Canal and onto the new bridge. This MSS will work in exactly the same way as the one on the Widnes side. 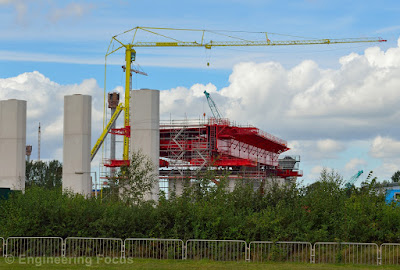 This viaduct is being built in what could be considered a more traditional way. Piers have been constructed out of reinforced concrete onto which pre-cast concrete bridge beams are placed. 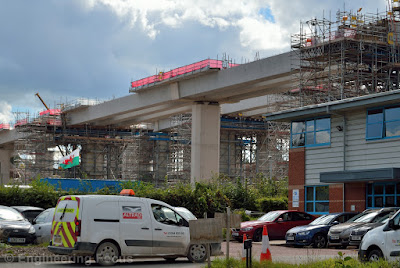 Bridge beams over the busway 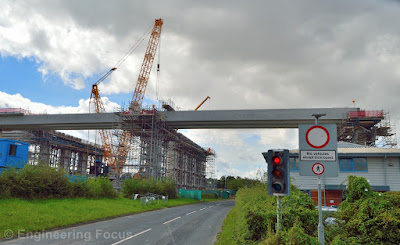 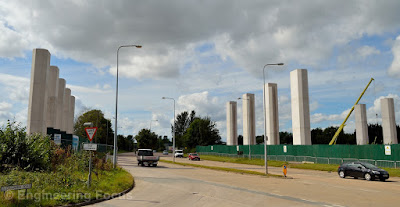 The project appears to be progressing well and is on track to open in 2017. I'll be sure to keep up to date with the latest progress right up until the opening day.