However the DfT's announcement contained a few pleasant surprises. The main surprise being that the North will see the arrival a greater number of new trains by 2019 than originally anticipated.  The number of new carriages announced has jumped from 120 prior to this announcement to over 500. The Dft also confirmed that Pacers will be removed all together by 2020

Our previous estimate for carriages in the North up to 2020 with the removal of Pacers gave the region an overall reduction of carriages of 3. However with this announcement the North so far could see a possible overall gain of 378 by 2020.

The Transpennine franchise is to be retained by First who will operate the franchise until March 2023. First have promised to introduce 44 new 200km/h trains comprised of 5 cars. With the new trains they will introduce new direct services to Scotland from Liverpool.

The current Northern Rail franchise which is currently operated by a joint venture between Serco and Abellio will from next be operated by Arriva Rail North. Like First, Arriva have promised new trains and say they will introduce a total of 281 new carriages comprised of a mixture of new DMUs and EMUs from 2019.


End of the line for unpopular Pacers 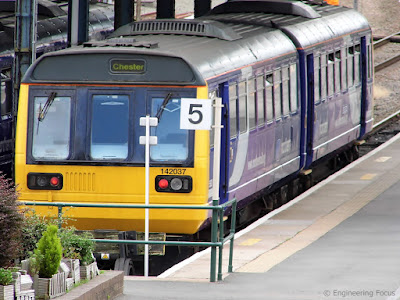 The new trains will help to bolster capacity on busy routes, aid the removal of Pacers and enable the introduction of new services. The new routes which will be launched from 2019 include:

"New direct journeys from Bradford to Wakefield, Sheffield, Nottingham, Liverpool and Hull; from Leeds to Chester and Bridlington; from Lincoln to Leeds; and from Manchester Airport to Warrington, Bradford and Halifax" DfT


So is the promised Northern Powerhouse finally beginning to take shape?