The end of Diesel trains?


On the 12th of February 2018 the Minister for transport Jo Johnson MP announced that he "would like to see us take all diesel-only trains off the track by 2040". This being the same deadline set by the government to ban the sale of all petrol and diesel cars. The announcement got little press attention considering the Minster had set such an ambitious target, which if it was to be achieved would require a huge investment by the government.

The devil though is in the detail, two little words which water down the announcement from one which could have involved large-scale electrification being put back on the table, to one which simply pays lip service to the environmental debate. The two words being "Diesel-only", very carefully chosen as not to undermine the £5bn investment that is being made in a fleet of new trains to replace the aging HST fleet. Why? Because the new trains which are only now coming into service and are expected to be in service for 30 or 40 years have diesel engines fitted to provide power on non-electrified routes. 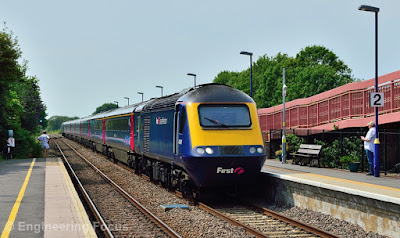 A soon to be replaced HST passes Honeybourne station. This route does not fall within the GWML electrification programme, therefore any new trains serving on this route will require diesel power for the foreseeable future.


If the 2040 deadline had been for all diesel-powered trains it would mean removing the engines from a fleet of trains which by that time will be little over 20 years old, no big deal however because they were designed with this in mind, as/when electrification was extended. BUT, this would mean the government would only have 22 years to fund, plan and complete the electrification of many hundreds of miles more of railway than already planned.

22 years does seem a long time, however Just to remove the engines from the new class 800s and 802s which will be operated by Great Western Railways would mean extending the wires from Cardiff to Swansea, Oxford to Worcester and Bath to Penzance. This alone may be achievable, but it is hard to see how any other routes such as Midland Mainline and TransPennine could be electrified with the time allowed, given that the GWML electrification programme, is billions of pounds over budget, behind schedule and has been de-scoped with electrification between Cardiff and Swansea now cancelled


9 years since GWML electrification was announced and still there's a year to go before trains will be running on electricity only between London and Cardiff, whilst other routes such as Oxford to Didcot Parkway will have to wait a further 2 years. So in all, it will have taken 11 years from go-ahead to completion to electrify 235 miles of railway. Such is the scale of the challenge just to electrify the GWML other schemes have had to be deferred or cancelled altogether.

So we are left with a ban on "diesel-only" trains, this gives a reprieve to bi-mode trains such as the class 800s and others currently on order. But what of the class 195s, yet to enter service are hailed as the much-anticipated replacement for Northern Rail's fleet of loathed Pacers? These new trains will be "diesel-only" and will operate in some cases on lines with no wires for most of their length and for which there are no current plans for wires. By the time we get to 2040 the trains will be little over middle aged and given the cost of rolling stock the owners would surely hope to get 30-35 years out of their investment. 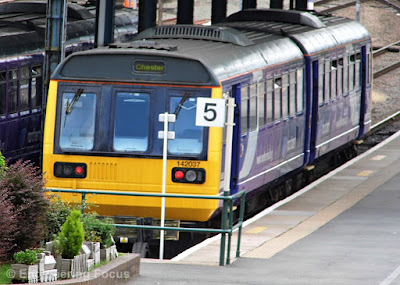 One of the soon to be replaced Pacers sits at Chester station, these trains will be replaced by modern diesel-only DMUs

The 2040 announcement whilst ostensibly sounds like great news for environmentalists and passengers, it could seriously jeopardise investment in new rolling stock in the near future. Who would want to invest in a new fleet of diesel-only trains which may only be in service 20 years or less? The Wales and Border franchise which is soon to be taken over by a new company still has a fleet of 30 Pacers and across the country there are 1000 aging diesel Sprinter units which will have to be replaced within the next 10 years.

Hydrogen fuel cell power is one option being investigated but plans are only now being put in place to test such trains in the UK, so hydrogen-powered trains won't be carrying passengers in the UK for at least 5 to 10 years. This leaves a gap in which time rolling stock owners may choose not to invest in new trains and try to keep trains running which are already well past their best, heck it could mean a few Pacers still being in service well into the late 2020s. 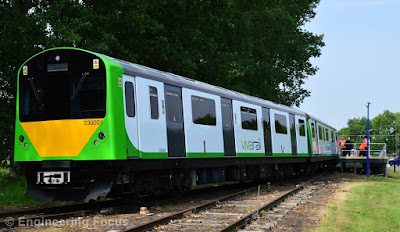 Class 230 "D-Train" being developed could be one answer for the short/medium term, using second-hand aluminium bodies these trains could be pressed into services quickly and provide a return on any investment in well under 20 years.

I hate to be cynical about the railway but I think setting such a deadline could have a negative impact in the short to medium term, it relies too much on the assumption that unproven technology (at least in the railway sense) such as batteries and/or hydrogen fuel cells will be a viable solution in just a few years time.