Work has been underway since Ocotber 2018 across the Merseyrail network in order to alter 100 platforms and realign the track at 58 stations. The work which has been split into 11 separate phases has meant that sections of the Merseyrail network have had to close completely for periods of between 2 and 3 weeks. This work is vital in order to allow step free access from the train to the platform when the new class 777 trains begin to enter service from next year.

The class 777s which are being constructed by Stadler will utilise a sliding step, which Merseyrail says will provide “unassisted access” for passengers with reduced mobility. In order for the sliding step to work correctly the platforms at all 68 of Merseyrail's stations must be set at an exact position in relation to the rail.

The first class 777s are currently going to Wildenrath in Germany for testing and it is hoped that the first units will arrive in Liverpool in the autumn. The units will then undergo testing on the Merseyrail network, with initial tests to check gauge clearances. The image below shows a mock up of a class 777 which went on display for the members of the public to view last year. It shows the sliding step which will allow unassisted access. 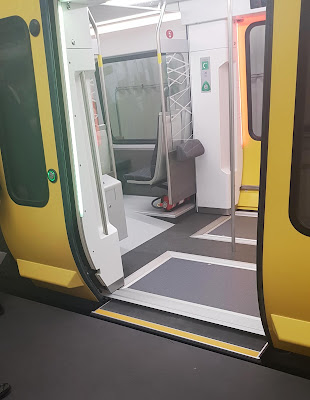 Before work commenced the platform edges were, like many across the UK network set at different positions in relation to the rail. Sometimes it is possible to see the difference with the step down from the train being visibly higher at some stations than at others. This isn't a problem for most of the trains which currently operate on the UK network, as the step always rides higher than platform, so there are no instances of steps hitting platform edges. However the steps on the new 777s will slide out level with the platform edge. There will still be slight gap between the step and the platform, however if the platforms were left as they were, then often the step would not line up correctly or the step could come into contact with the edge of platform.

The 'GB Requirements for Platform Height' state that the height of the platform when measured from the top of the rail should be 915mm. While routes on which “legacy rolling stock” operate, a minimum of 890mm is permitted. The horizontal offset, which is the distance from the adjacent rail to the edge of the platform should be 730mm to 745mm. The diagram below should demonstrate more clearly the correct positioning in relation to the rail.

Network Rail's task is to ensure that the platform height and offset across the whole Merseyrail network conforms to tolerances which are measured to the millimetre. This is vital as any variance would mean that the step would not line up correctly with the platform edge, which could represent a potential hazard to passengers.

The images below show the work which is currently underway at Bidston station on the Wirral line which serves West Kirby. They show how the original platform slabs have been removed and are being replaced with new slabs which will be set at the 730mm offset and 915mm height. 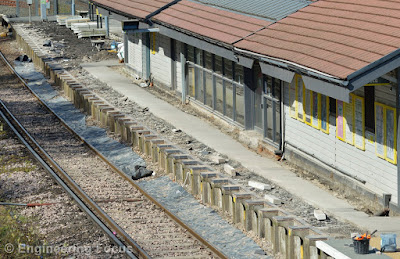 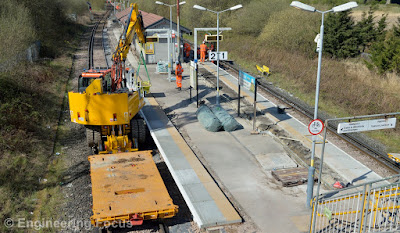 The work which is currently underway between Bidston and West Kirby forms phase 8 of 11. Phase 9 will see upgrades on the New Brighton line, 10 will focus on Overpool in Ellesmere Port and the final phase will focus just on Green Lane in Birkenhead. Green Lane according to the Merseyrail website will take almost 4 weeks to complete, this is probably due to the difficult location, with the platforms themselves being in a deep cutting with difficult access.

If all goes well the works should be fully complete by June this year (2019). And then in 2020 passengers should begin to see the benefits of the platform alterations as the new trains begin to enter service. As far as I'm aware the new trains, combined with platform alterations will make the Merseyrail network the only heavy rail network outside of London to have step free access from the train to the platform.

Further investment is expected to improve access at five train stations across the Liverpool City Region after it was announced at the beginning of April this year, that the region will benefit from part of a £300m national fund known as “Access for all”, which aims to improve station access for passengers with reduced mobility. Of the 5 stations announced, 4 are on the Merseyrail network, they are Birkenhead Park, Hillside, Hunts Cross and St Michaels. The 5th station is Broad Green which is served by Northern. 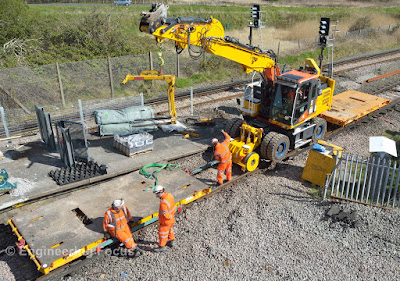