Today it has been announced that the electrification of the TransPennine and Midland Mainline routes will resume.

A review into Network Rail's upgrade programme conducted by Sir Peter Hendy has outlined how the work could continue, in response the Secretary of State has instructed the Chair of Network Rail to un-pause this work.

Network Rail will now work with the DfT and Rail North to develop a new plan for electrification of the TransPennine route between Stalybridge and Leeds and on to York and Selby.

Network Rail will also recommence work to electrify Midland Mainline, with elecitrification north of Bedford to Kettering and Corby complete by 2019 and the line north of Kettering to Leicester, Derby/Nottingham and Sheffield complete by 2023.

Secretary of State for Transport Patrick McLoughlin said:
As a one nation government we are making sure every part of Britain benefits from a growing economy. Connecting up the great cities of the north is at the heart of our plan to build a Northern Powerhouse. This government will see the job through and build a better, faster and more reliable railway for passengers in the north and Midlands.

Chairman of Network Rail Sir Peter Hendy said:
“The temporary pause in the programme has given us the space to develop a better plan for passengers. People can expect more services and faster journeys. We face some difficult challenges, and there is more work still to do, but the Secretary of State’s decision means we can now move forward with our plans to electrify TransPennine and Midland Mainline”.


You can find the full anouncement from the DfT Here

On the 25th of June this year (2015) The secretary of State for Transport Patrick McLoughlin announced in parliament that two key electrification schemes are to be "Paused". To many within the rail industry the news didn't come as much of a surprise, it was widely known that electrification of the Great Western was falling behind schedule and was massively over budget.
The speculation however did not stop the those working within the industry from feeling like the 25th was a dark day. With very little information to go on, the media quickly began announcing that electrification had been cancelled and that Network Rail was in severe trouble.

In a bid to try an reassure the public that action was being taken, Patrick McLoughlin announced that none of Network Rail’s Executive Directors will receive a bonus, in addition the current Chairman, Mr Richard Parry-Jones was to step down to be replaced by the then Transport Commissioner in London Sir Peter Hendy.

Now a month after the announcement the dust has settled somewhat and more information is beginning to come to light. It is clear that GWML electrification has faced many problems and is indeed well over it's original budget, up from to £640m to £1.74b. The project could be as much as 12 months behind schedule which would have huge knock on effects for the deployment of new trains and the cascading of existing trains.

You may be wondering at this point, what problems with GWML electrification has to to with the plan for a "Northern Powerhouse" that was promised by George Osborne during the election? As it turns out, quite a lot.

It has become clear that Britain is lacking the skilled engineers and resources needed to carry out the technically challenging job of electrifying the UK's rail network. It has also highlighted the challenges that Network Rail are facing trying to upgrade the existing network.

With insufficient resources and unexpected challenges it now appears that it has been decided that Network Rail must put it resources into the flagship project to electrify the GWML. If it does not complete this project on time, new trains will be left idle, sat unused in newly constructed depots.

This isn't to say that the Northern Powerhouse has has been shelved or that electrification of the Transpennine route has been cancelled. Far from it.

First of all the £1bn Northern hub project is still underway, this much fought for project has been quickly forgotten by the media and the improvements Network Rail are making across the North are being ignored.

Only four months ago we reported on a major milestone reached in the region, the electrification of the country's first commercial passenger railway. On the 5th of March 2015 electric passenger services began operating between Liverpool and Manchester, 180 years after the line originally opened to the public. 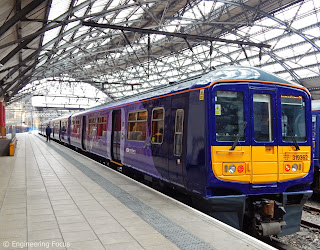 Refurbished electric trains which now operate between Liverpool and Manchester

Also this year the reopening of the Todmorden Curve meant that direct trains could operate between Accrington, Burnley and Manchester for the first time in 40 years. Admittedly there had been a delay in the operating of services but this has a lot to do with a shortage of the trains needed to operate the service.

Of course the Northern Powerhouse isn't limited to rail improvements, the government is still committed to extending smart motorways westwards along the M62 which it is claimed will help drivers travelling on this infamous motorway connecting East and West.

Planning is also underway to upgrade the last non-motorway section of the A1 in Yorkshire, between Redhouse and Darrington, In addition the government plans to invest £290 million to upgrade the A1 from Morpeth to Ellingham,

Another major project underway which is not specifically part of the Northern PowerHouse proposal is the £600m project to construction a new bridge over the River Mersey. This project will have massive benefits for North West and will further strengthen the regions transport links. 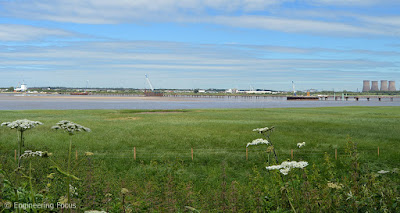 As a last note on the electrification of the Transpennine route, Prime Minister David Cameron has stated that delay to the project is a "pause not a stop" and he was "absolutely committed" to the project.

Despite negative headlines in the press it is becoming apparent that a better and more robust strategy for Transpennine electrification is being drawn up which could it is hoped provide more benefits than the scheme proposed originally..

The Government have today (11/08/15) set out a blueprint for how investment in transport will help create the Northern Powerhouse. Click on the link bellow for more details.