It has been roughly 4 months since our last update of the Mersey Gateway project and since then quite a lot has happened. For the first time visible structures are emerging from the River Mersey and other important structures are starting to be constructed.

In September a major milestone was reached when Europe’s longest bridge-building machine was named after a 3 month assembly process. The machine known as a movable scaffolding system (MSS) has been named Trinity.

Trinity will be used to construct the main elevated approach roads leading to the bridge. The machine will act as an enormous mould into which concrete is poured, after each 70 meter section of concrete has set Trinity will then move on to the next section.

Despite weighing 1700 tonnes and being 75m long Trinity will move from pier to pier in one piece. The machine will do this using 2 175m long rails onto which she sits. There is a video of how the movable scaffolding system works here.


Trinity pictured here in September before starting work on the new approach road.

After months of preparation work to construct the bridge foundations which has gone on mostly unseen, the first visible signs of work have begun to take shape. 3 cranes have emerged from the river resting on each of the 3 foundations ready to begin construction of the main pylons.

Each crane will rise steady with the bridge pylons as they are constructed and by the end will sit a few meters higher than the finished pylons. Once finished the cranes will be dissembled to reveal 3 large self supporting pylons from which the bridge deck will be supported. 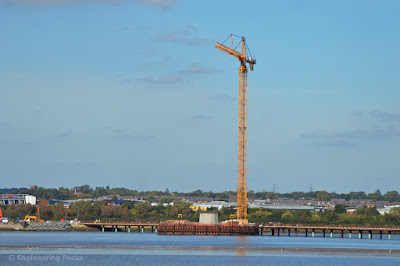 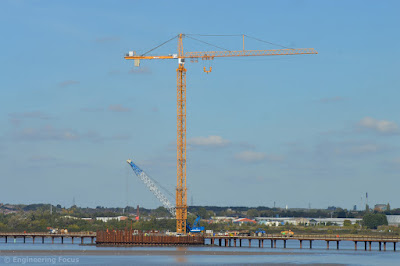 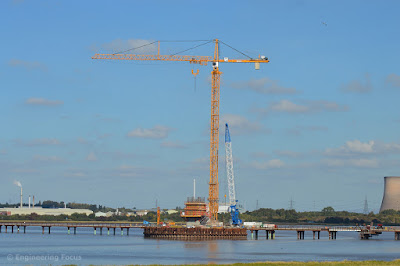 The view of all 3 tower cranes from Wigg Island (Runcorn) 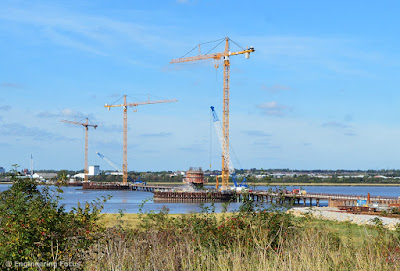 The view from the Catalyst Centre (Widnes) 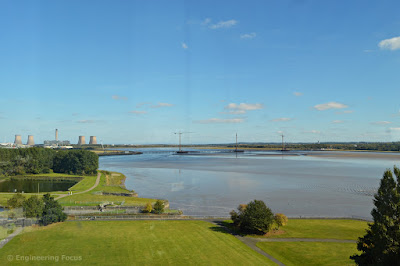 A key element of the Gateway project which will improve the connectivity to the bridge from the M56 has also started to take shape. At the start of October the eastbound exit slip from the M56 which is used to access the expressway leading to the current bridge was closed for 5 weeks.

The closure is to allow work to continue safely on the slip road which currently leads to a roundabout. This section of the route is a major bottleneck which often causes traffic to back up onto the M56. The new junction being constructed will hopefully alleviate the congestion on this busy section.


Looking south toward the M56 from the Weston Point Expressway 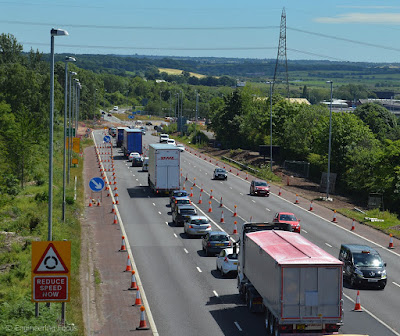 It has been announced that sections of the Central and Southern Expressways will close from 07 November 2015 for 7 months.

A map detailing the diversion can be found here 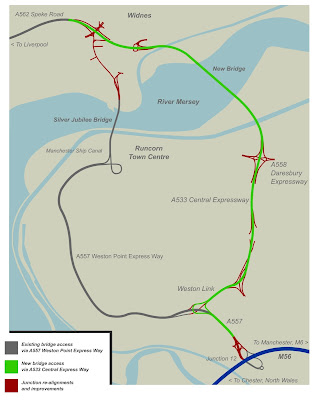