Royal Liverpool Hospital situated to the east of the city centre is the largest and busiest hospital in Merseyside and Cheshire, it servers as an adult major trauma centre for the two counties. The current building was constructed in 1978 and replaced 3 other hospitals in the area.


The existing 11 story building is typical of 1970s brutalist structures, built largely out of concrete it has an utilitarian and austerer look. Hospitals cannot simply be judged on their appearance however, function has to be the most important aspect.

Only after options to refurbish the existing hospital had been assessed and evaluated was the decision taken to construct a completely new building to house the hospital. The existing structure itself was found to be in a relatively good state, however engineering services were found to be well past their 25 year life.

After assessing the options for refurbishment it was concluded that refurbishing the existing structure would cost considerably more, causing disruption for patients and take a lot longer to complete.

So in 2014 work started on the construction of a new £335m modern hospital, which will house 18 state of the art theatres and 23 wards and units. The 646 bed hospital will provide every patient with a a single bedroom with en-suite facilities.

The new Royal is being funded in part by the Department for Health who are contributing £124m, the remaining funds will be provided by the private sector. The trust will make an annual payment of 6% which it is claimed is "one of the lowest in the NHS"

The Trust will also be investing a further £94m which will fund a multi storey car park, equipment and demolition of the existing structure.

• The new Royal will contain 18 state of the art theatres


The exiting hospital constructed in 1978 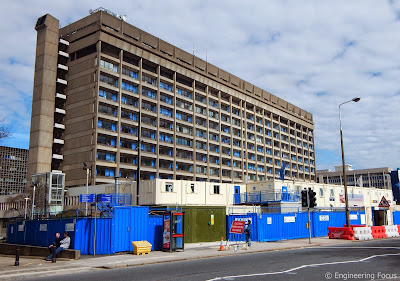 Progress on the new hospital April 2015 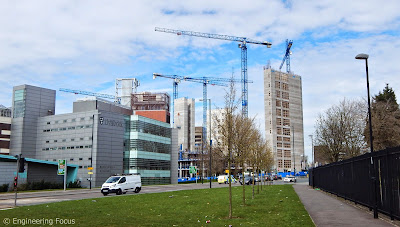 The view from the junction of Edge lane and Low Hill 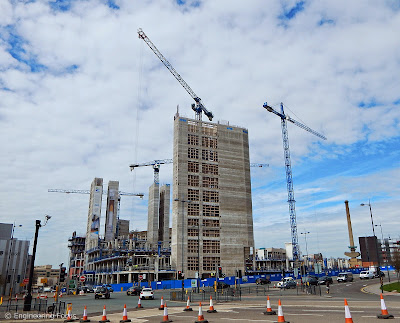 The view from West Derby St 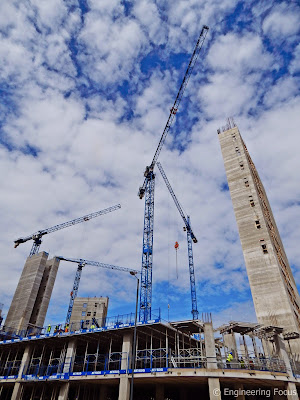 On Wednesday (13th May) I visited Railtex which this year was held at the NEC in Birmingham. The event is an excellent opportunity to see what's new within the rail industry and a chance to catch up with how some of the largest rail infrastructure projects the UK are progressing.

On Wednesday there was an opportunity to see how the development of HS2 is progressing. With the passing of the HS2 paving Bill in 2013 ground work for the project can begin as early as next year, with initial preparatory work and detailed surveys taking place. Construction proper is due to begin in 2017, a mere 20 months away.

Unfortunately Andrew McNaughton who was originally billed to speak was unable to attend on the day and instead Jon Kerbey, Director of BIM at HS2 took his place. Although no new announcements were made, we did get an opportunity to see the work HS2 Ltd have been doing with BIM (Building information modelling) in order to design and model the line.

It was fascinating to see the level of detail that HS2 Ltd have gone into with the use of BIM, the audience was shown a detailed 3D fly though of the route modelled in BIM. 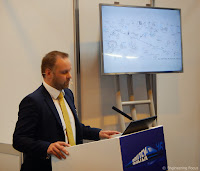 However controversial HS2 may be it was clear to see that train manufacturers from around the world are certainly taking notice of the lines development. Siemens, Hitachi, Bombardier and China CNR corporation were all displaying the latest High-Speed trains that that they had to offer.

CNR had an impressive display of 5 High-Speed train variants on Display, whilst Siemens had a model of it's e320 train on display. it will soon be operating on HS1 between St Pancras and the Continent. Bombardier was displaying its Zefiro High-Speed train which is already in operating in China and Italy. Hitachi also launched its vision for a new High-Speed concept aimed at the UK market, as well as it's class 800 125mph IEP which will begin service in 2017. 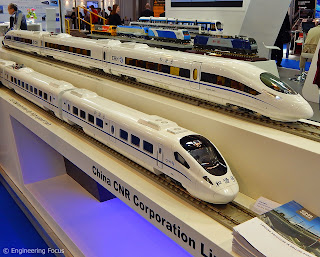 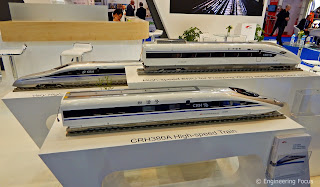 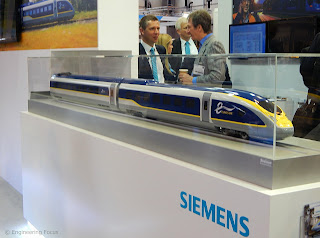 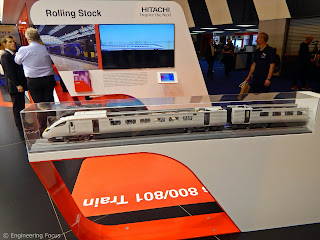 As well as the latest High-Speed train technology, companies were also displaying their answers to the rolling stock shortage that the UK is facing, the design team behind Vivarail's D Train were in attendance while RVEL were showing their plans to extend the lives of the class 144 Pacers paster 2020 when new rules regarding accessibility come into effect. 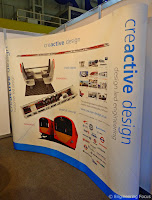 The engine manufacturer MTU had their answer to new European emissions limits for non road vehicles on display. Their new hybrid propulsion system promises to provide a compact under floor power pack which can power DMUs whilst adhering to the latest EU IIIB emissions standards.

MTU will be supplying engines for the IEP Bi mode trains, with each power pack producing 940bhp. A smaller version of this could provide the power for new DMUs which the UK government say will replace Pacers in the North by 2020.

The next Railtex event in 2017 promises to be even more fascinating, as construction of HS2 begins, the government seeks to introduce new rolling stock and decisions to be made regarding what to do with existing rolling stock once accessibility rules come into effect.