Rail Live is an outdoor show held every 2 years which brings together companies from the whole rail industry, the 2 day event allows companies to show and demonstrate the products which they have to offer.

As well as demonstrations, a number of seminars and presentations were held by Network Rail, HS2 Ltd and a number of leading rail companies. 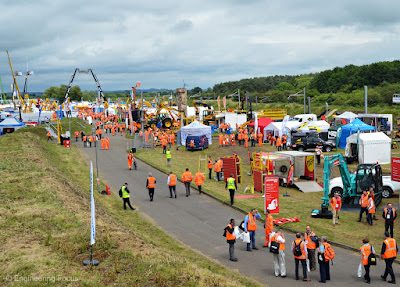 HS2 was an obvious hot topic, with the construction phase getting ever closer. Alstom which hopes to secure Tier 1 contracts for signalling and systems, also is interested in bidding for the contract to supply rolling stock.

Alex Burrows Marketing & Strategy Director at Alstom UK gave a presentation which showed what Alstom had to offer, from rolling stock and systems to rolling stock maintenance and logistics.

Alstom is already a big player in the UK employing 2500 people over 20 sites. The company is probably most famous in the UK for the tilting Pendolino which has been speeding passengers up and down the WCML since 2001. People may not be aware however that a 3rd of all passengers daily are carried on trains built or developed by Alstom.

For HS2 Alstom has been developing a double deck High Speed train which the company claims could carry 40% more passengers than a standard single deck train. 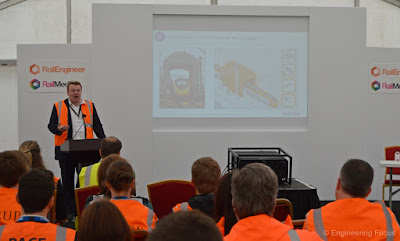 With a record 1.7bn passengers carried on the UK's rail network last year, maintaining the network whilst reducing closures is imperative. In order to help maintain the 20,000 miles of track, Network Rail have invested in 8 state of the art Mobile Maintenance Trains or MMTs.

The 3 car trains built by Robel in Germany are operated by Colas Rail under a 3 year deal. The trains are kept at various locations around the country and mobilised to carry out repairs, renewals and upgrades,

Each of the mobile workshops consists of 3 carriages, the first contains welfare facilities for the engineers, the second contains tools and underneath the floor there is space for 6, 45ft rails. The third unit houses the workshop area which provides access to sections of rail to be repaired or upgraded,

The 3rd carriage has no floor, instead clear access is provided for engineers to work on the rails below. The walls either side can be retracted to increase the amount of work space available, The system means that engineers will be able to work safely on sections of the railway in relative comfort.

A gantry which spans between carriages 2 and 3 allows 2 2 tonne cranes to lift rail and equipment and transfer them between the storage area in carriage 2 and the workshop area. The workshop also contains power and air hoses in order to provide power for tools and lighting.

It is expect that the new train will save Network Rail around £1m a year by reducing down time and increasing productivity. 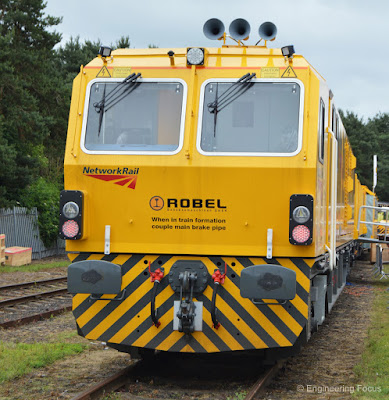 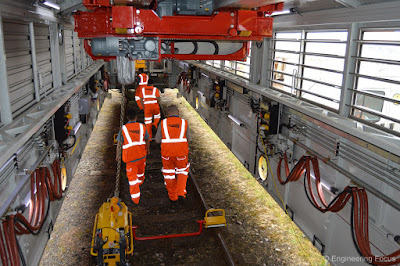 The hatch pictured can hold up to 6 45ft rails. 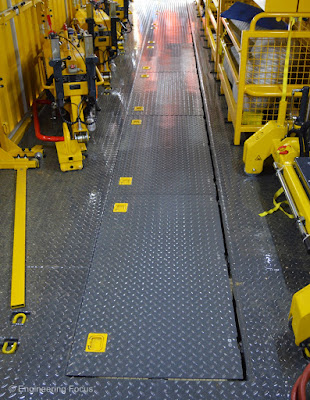 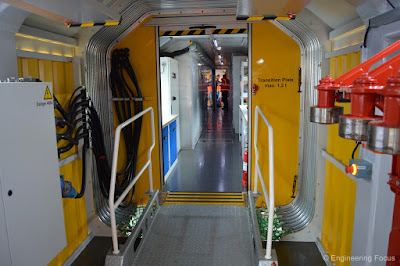 Much more to come in part 2

It has been over a year since I started following the project to construct a new dual carriageway to replace the existing A556 alignment which connects the M56 at Bowdon to the M6 at Knutsford. In that time it has been fascinating to watch the project develop, now in June 2016 some tangible signs of the new road are beginning to take shape.

Looking North from the A50 it is possible too see the first signs of the new road surface being constructed. On the day of my visit the site which sits on the A50 was a hive of activity, with articulated tipper trucks delivering thousands of tonnes of stone to create the base course. 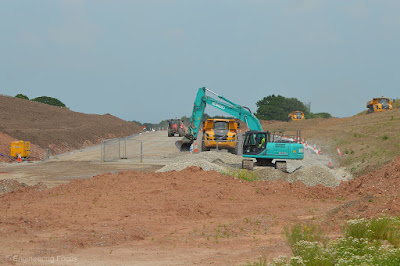 Looking south from the A50 the main bridge structure which will eventually carry the A50 over the new A556 alignment is complete. With the bridge deck complete work has now shifted to building up earth on either side of the bridge in order to create an approach for the new A50 alignment. 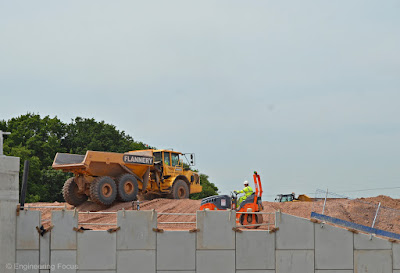 Looking between the bridge piers it is possible to see that work has also begun to construct the base layer to the south of the A50. 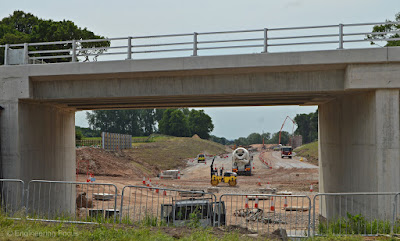 At junction 19 of the M6 work has reached the stage where construction can begin on the interface between the existing junction 19 and the new A556 alignment.

Old Hall lane has now been closed permanently and a new underpass has been constructed, however this will only allow access for pedestrians, cyclists and horse riders. 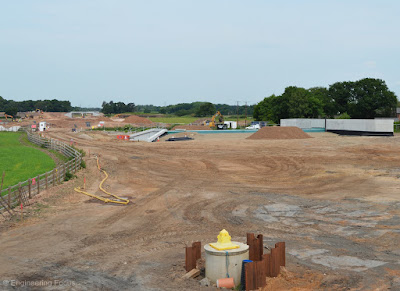 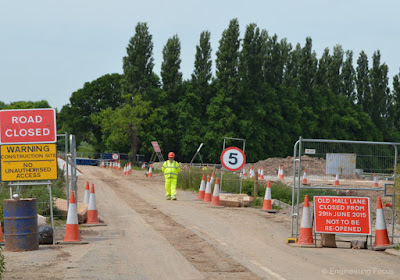 In the picture below it is possible to see the bridge that will provide the southbound entry/exit toward the M6 from the existing A556 alignment onto the new road. In distance the other bridge in the picture will provide local access over Bentley Hurst Lane. 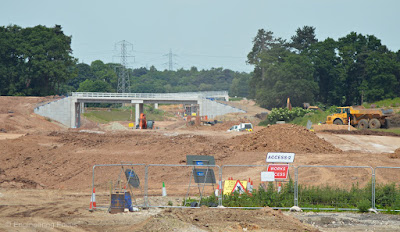 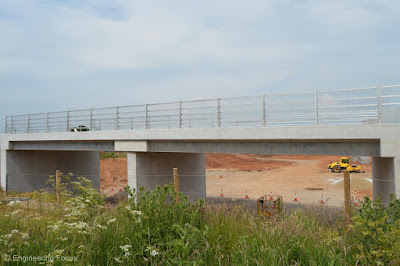 At the M56 end of the project some initial road surfacing is already taking place, with asphalt already having been laid on some stretches of the new road. 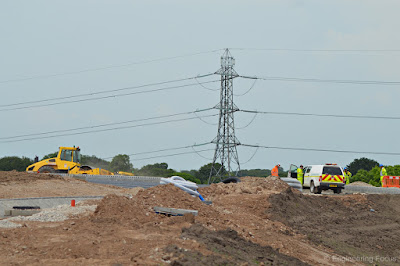 Work to prepare the interface between the new road and the existing A556 is still underway with significant works already undertaken on the existing road. 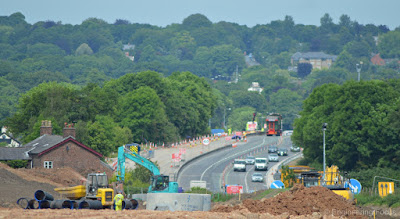 With another year to go until the completion of the project it is clear that there is still a great deal to do, however with ground works commencing well and key elements already complete there is no reason why the road shouldn't open on time in early 2017.