On Tuesday I was at the opening day of Infrarail 2016 to see what's new in the world of rail infrastructure.

For those who haven't heard of Infrarail before, it is an exhibition which is held every 2 years which brings together leading railway infrastructure companies from across the world. Attracting upwards of 5000 industry professionals it is the "UK's definitive rail infrastructure event".

One of the first exhibits that caught my eye was that of Aerialtronics who are exhibiting a range of remotely piloted aircraft (or drones). As an engineering photographer and blogger this was bound to catch my attention.

These aircraft are becoming more commonplace and an important tool for inspecting sites. Most people would have seen by now some of the stunning footage Network Rail have published using drones. 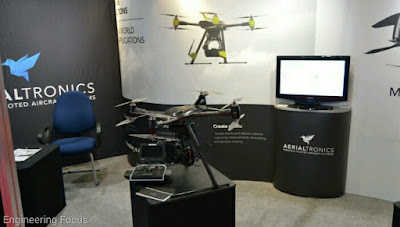 Another exhibit of interest was that of the joint venture between Tarmac and Max Bogl. They were exhibiting a slab track system that is aimed squarely at HS2. They envisage that the entire line from London to Birmingham and beyond could be constructed using their slab track system.

I'll be covering this system in more detail in a future blog. 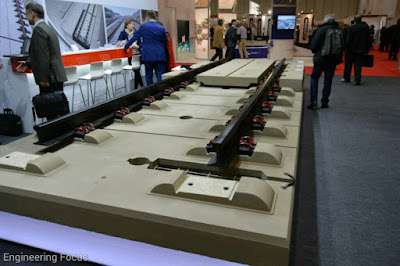 I also had time to catch the latest Crossrail update presented by Director of Operations Howard Smith. With tunnelling complete the emphasis of the project has moved to station fit out, installation of track and systems.

The fit out of the underground stations is now well underway and work has started to improve or build new stations on the western section of the line above ground.

The specialist concreting train that was last used to build the track bed for HS1 is now advancing though the new cross city tunnels. Sections of track under Barbican and Soho are using floating track due to the sensitive nature of the buildings above.

Work on the floating track system has been advancing for some time given the complex nature of the task.

Cossrail is another subject I will be covering in more detail soon. 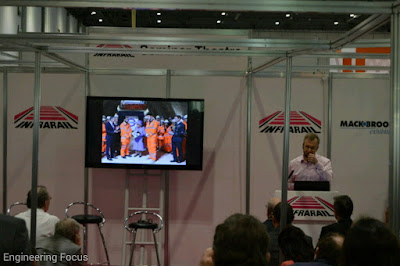 One of the largest stands at this years event belonged Chinese train manufacturer CRRC Corporation. Rolling stock manufacturers usually exhibit at Railtex which is held on alternate years to Infrarail, however CRRC are clearly keen to enter into the UK market and are pitching high speed trains aimed at HS2 and a conventional EMU model which could also be sold in the UK.

To date CRRC hasn't managed to win any UK rolling stock contracts, however with ongoing electrification and HS2 going ahead there are certainly plenty contracts for them to bid for in the pipeline. 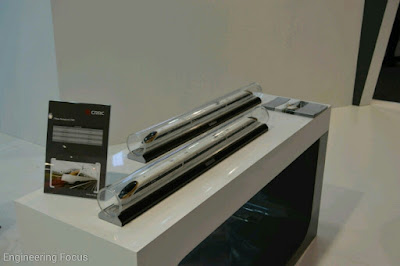 Work to construct a new chord that will eventually connect Manchester Victoria and Piccadilly began in October 2015 after several years of debate, planning and legal wrangling. In fact the final legal challenge which had the potential to halt the project was not thrown out of court until March this year (2016).
It was hoped that the chord would be open by 2016 but the legal challenge has meant that the £85m project will not now be complete until late 2017.
The denial by the court for the projects main opponent Mark Whitby to appeal an earlier decision to throw out his case means that the project can now proceed at full pace. In late March (2016) an agreement was signed by Amey, Skanska, Bam Nuttall, and Siemens in partnership with Network Rail to deliver the project.
Approval to proceed with the chord constitutes a major step forward in the Northern Hub programme which aims to connect cities across the north with reliable, frequent and fast rail services. By connecting Manchester Victoria and Piccadilly together for the first time new service opportunities will arise and crucially capacity will be released with the ability to run through services from Victoria instead of having services terminate.

The new chord will link the Castlefield Junction line with the Deal Street Junction line, connecting Manchester's three main stations for the first time. The line must cross the A6042 Trinity Way, the River Irwel, Princess Bridge and bisect the line which currently connects the Museum of Science and Industry to the national rail network. 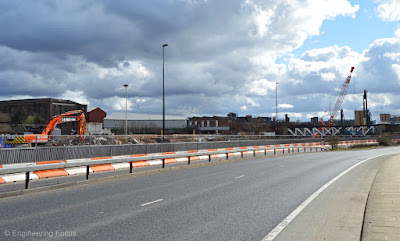 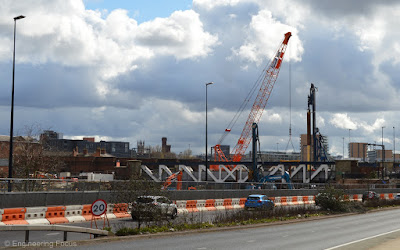 The line will feature the UK's first Network Arch bridge, which will span the River Irwel and take the line over the Princess Bridge which provides pedestrian and cycle access between Water Street and Trinity Way. 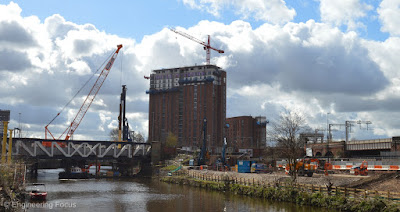 Since the start of work last year the main sites have now been established and piling is now commencing. A 10 day blockade of Manchester Victoria took place over the Easter period to allow the track between the station and the chord to be aligned along with other associated track works.

Admittedly there isn't currently a great deal to see on the ground other than the work sites and some piling work, but we will return in a few months to check on progress when the structures start to take shape. 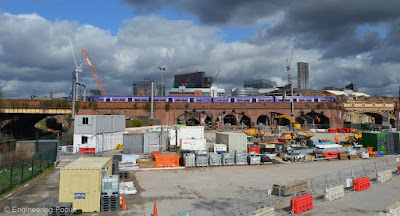 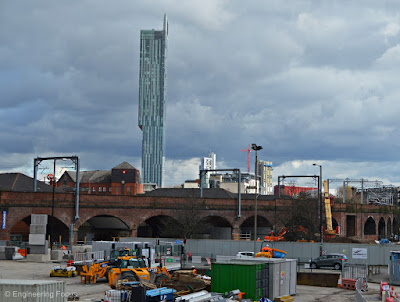 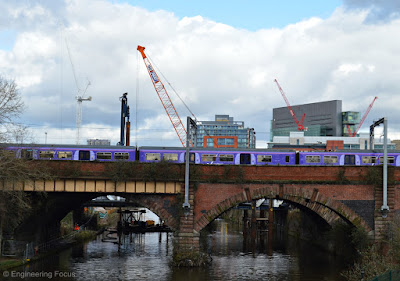