This blog covers the project in general, but over the coming months I will be covering particular aspects of the project, such as the construction of the bridge itself, work to build access roads to the bridge and improve existing road connections.

Construction of a second road crossing over the River Mersey commenced on October 2014 after years of discussion and planning dating back some 20 years.

The Mersey Gateway project will provide a second road crossing over the River Mersey, comprising of a 6 lane cable stayed bridge, providing 3 free flowing lanes in each direction.

The total length of the bridge including approach viaducts will be 2.3km, with a main span over the river of 1km. The bridge will comprise of 3 main towers, the largest of which will reach 125m high. The deck will be supported from the towers by steel cables.

The bridge will be connected to the national motorway network via a 9.5km section of express way which will be upgraded to provide a high quality link with the M56. Currently to reach the Silver Jubilee Bridge from the M56 drivers use the Weston Point Express Way, however when the new bridge opens drivers will use the Central Express Way which is being enhanced.

Both the new bridge and Silver Jubilee bridge will be tolled in order to help finance the Mersey Gateway project and pay towards operation and maintenance of the bridges. The toll has been set at £2 to cross the bridge for a one way trip for a car or small van, it is suggested that this will be in line with the cost to use the Mersey tunnels by 2017.

Unlike the Mersey tunnels the bridges will not have toll booths but will instead use an "open road tolling system" which will utilise smart technology to capture vehicle details. Regular users of the bridge will be able to register their vehicle in order to up to 10% on each trip

The decision to toll the Silver Jubilee bridge was made in order to stop people from trying to avoid paying the toll by driving through Runcorn. However it has been agreed that Halton residents will be able to use the bridges toll free, this was announced on the 25th of July 2014 by Chancellor George Osborne (Residents of Halton will need to register to use the bridges and there will a small charge for this)

These images were captured from Wigg Island, a Local Nature Reserve on the Runcorn side of the Mersey. I couldn't resit capturing this framed shot of the works taking place on the Widnes side of the Mersey. as seen through one of the bird watching stands. 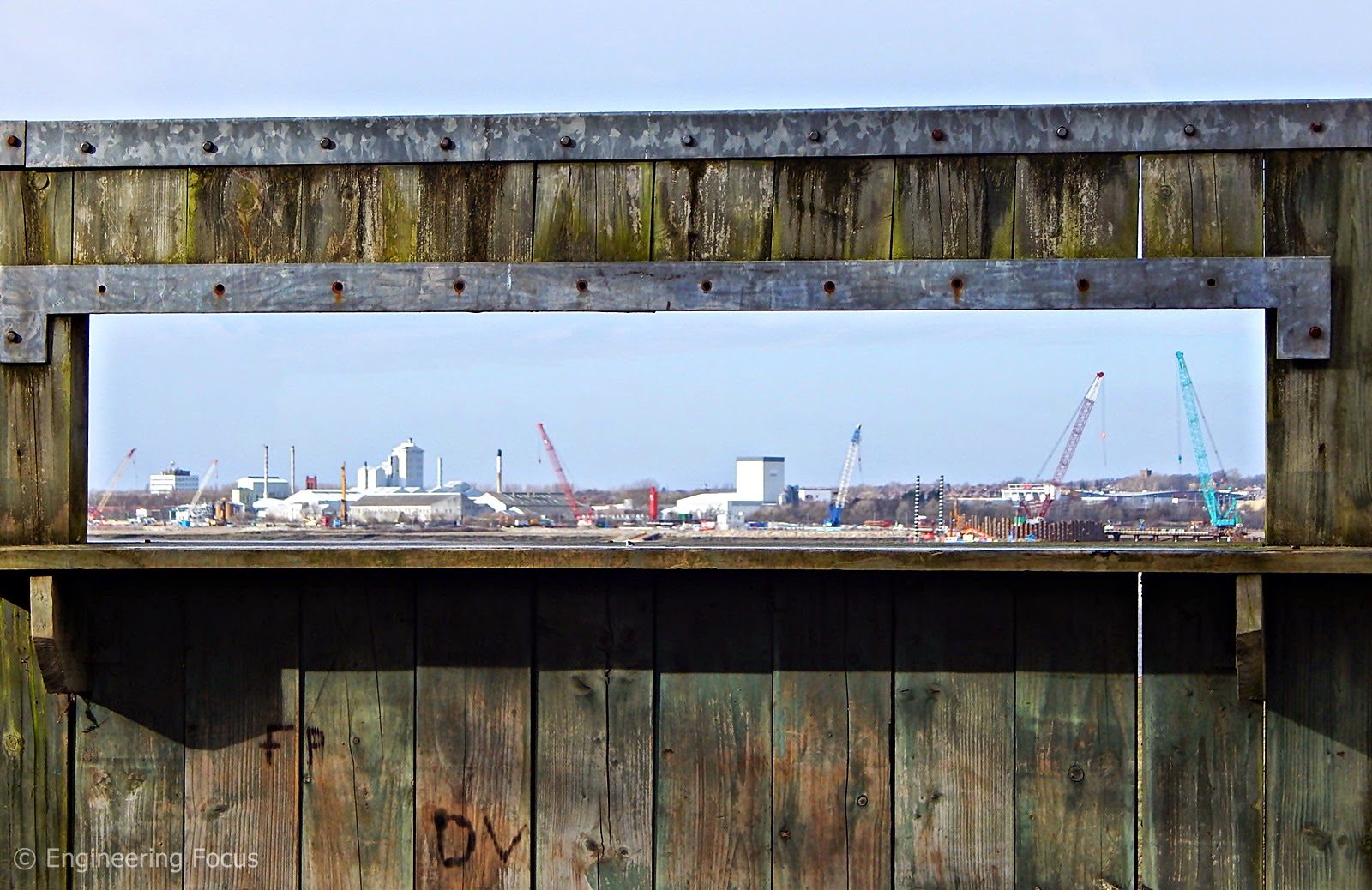 The original Silver Jubilee Bridge constructed in 1961 will be reconfigured to make it more user friendly for pedestrians and cyclists.


On the 9th of February (2015) Manchester Airport station reopened after being closed to all but Metro traffic for 3 weeks. During the 3 week closure engineers installed new track and signalling in order to bring a new fourth platform into operation.

The construction of a fourth platform at the station is part of a wider £1bn package of improvements right across the North West that will increase capacity and improve journey times.

The new fourth platform will add much needed capacity and flexibility to the station which handles over 3 million passengers a year.

As well as a new platform for rail services, the station has also recently been extended in order to accept Metro trams serving the Airport Line. The latest addition to the growing Metro network opened in November last year.

The new Metro serves Wythenshawe town centre and Sale Water Park amongst other stations on route to Cornbrook, where the Metro will terminate for the time being. Once Second City Crossing (2CC) opens, the route will be extended to Victoria Station.

To find out more about North Hub programme click here


Below are some images taken during the closure of the station 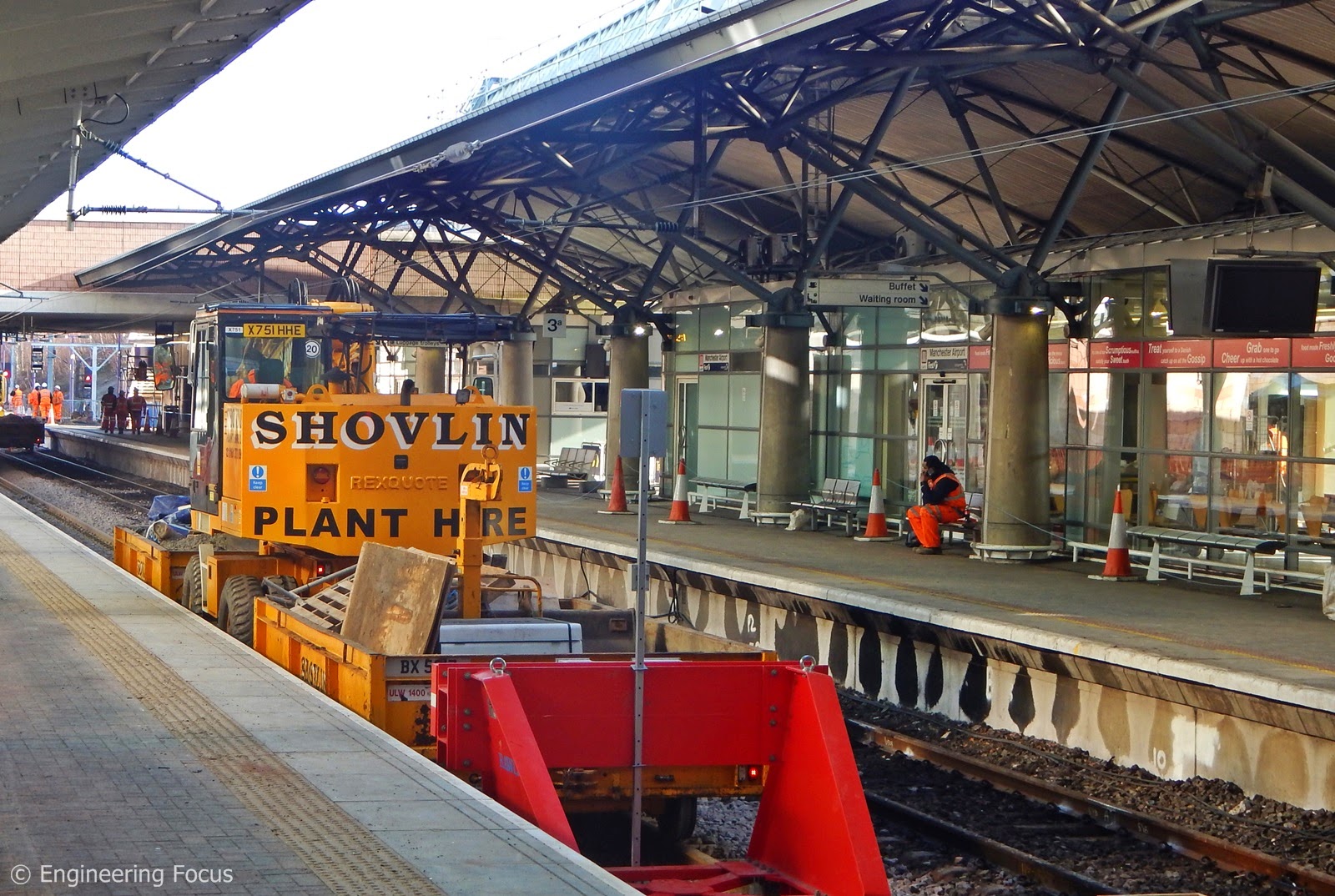 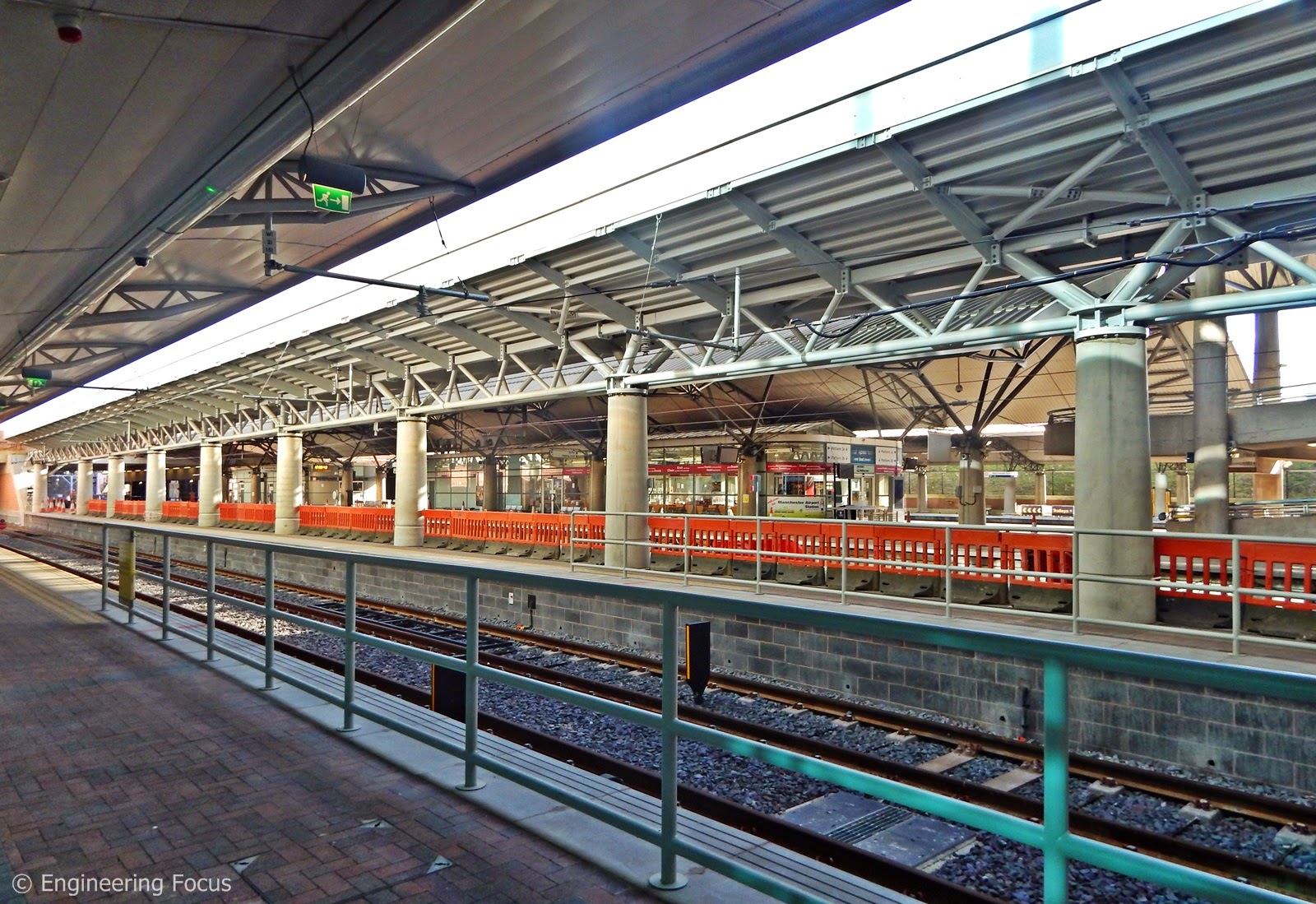 Metrolink tram pulls into the station, passing under a new bridge span which carries traffic over one of the main roads into the Airport 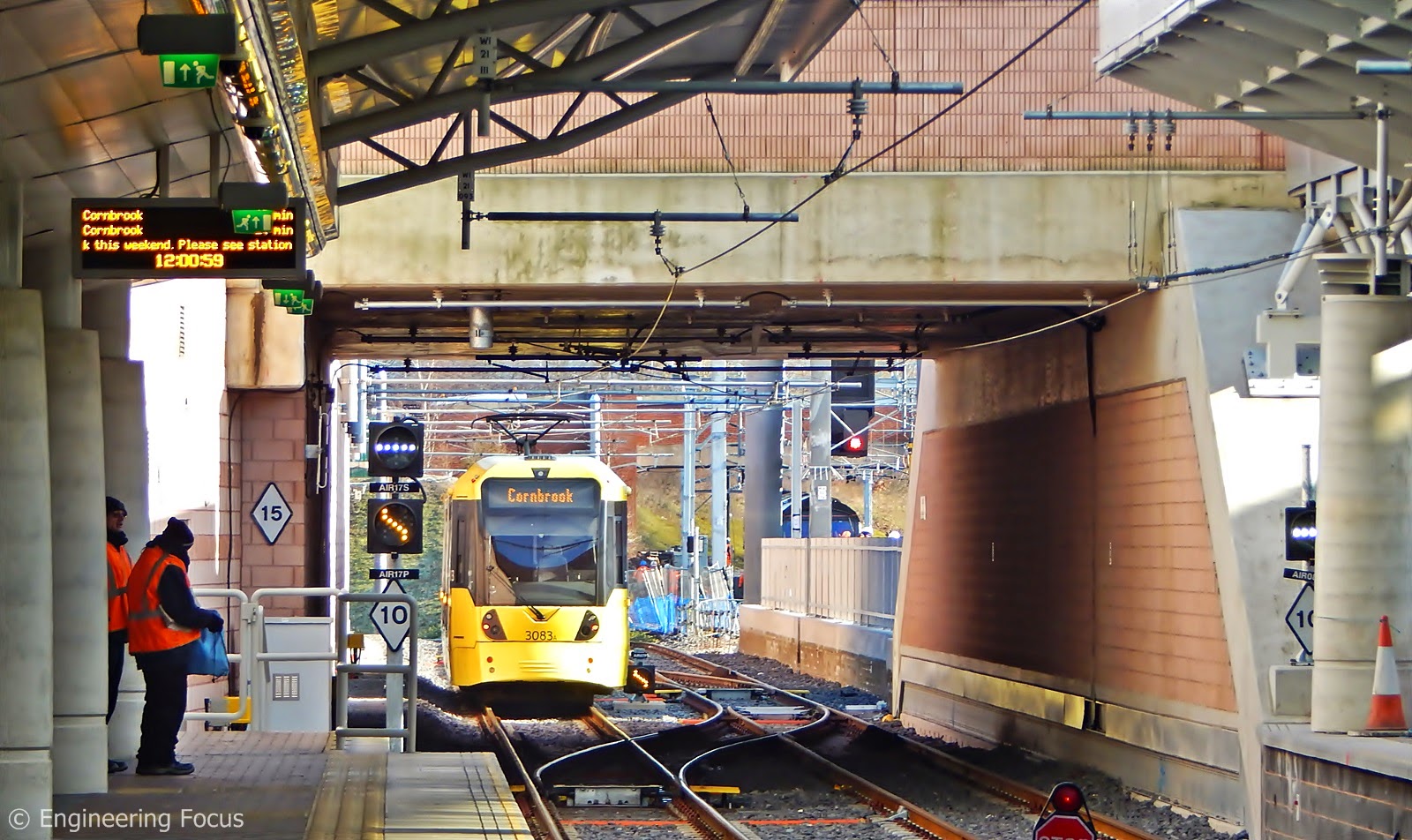 Passengers boarding the service to Cornbrook 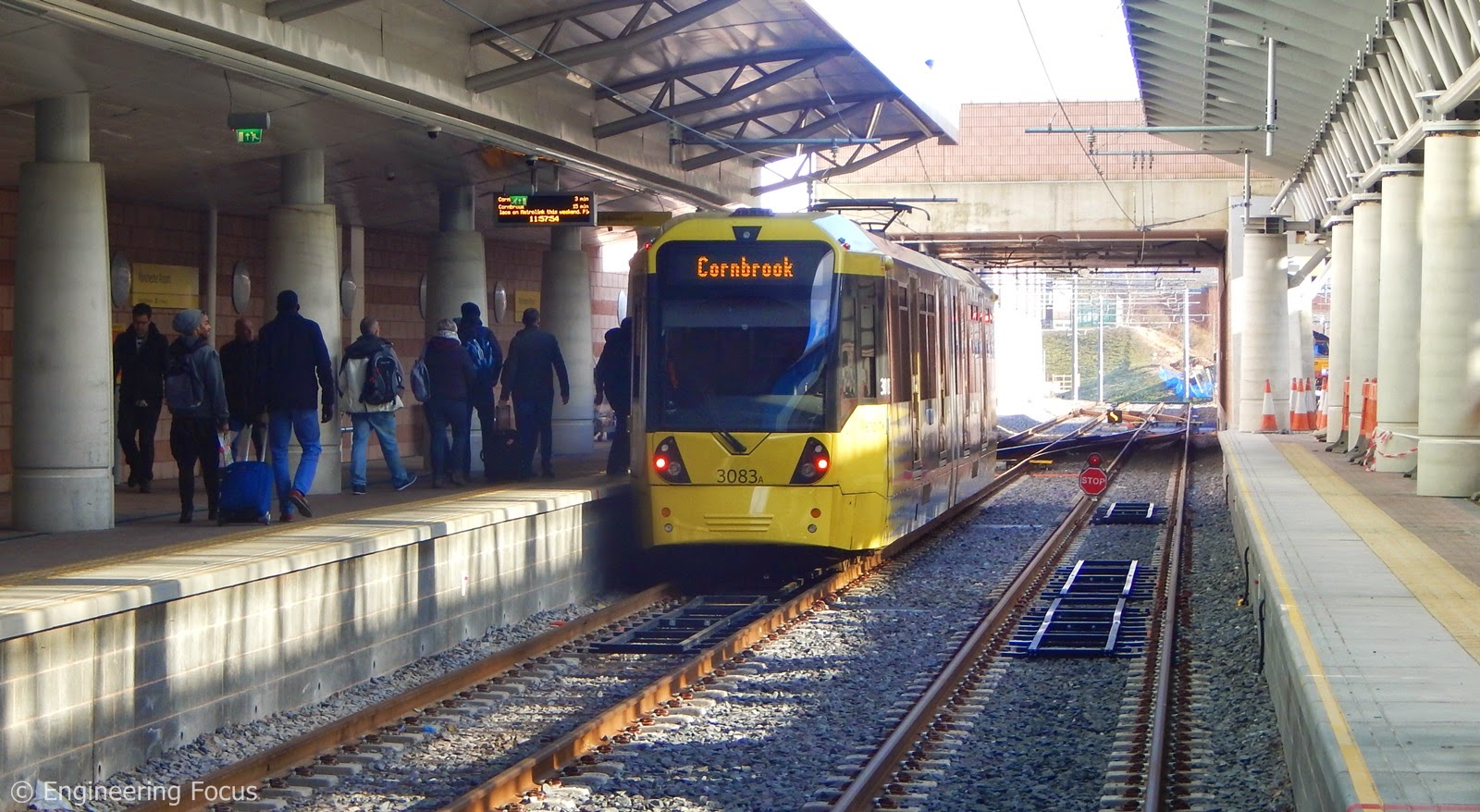 Shadowmoss Metro stop, the first stop after the Airport station 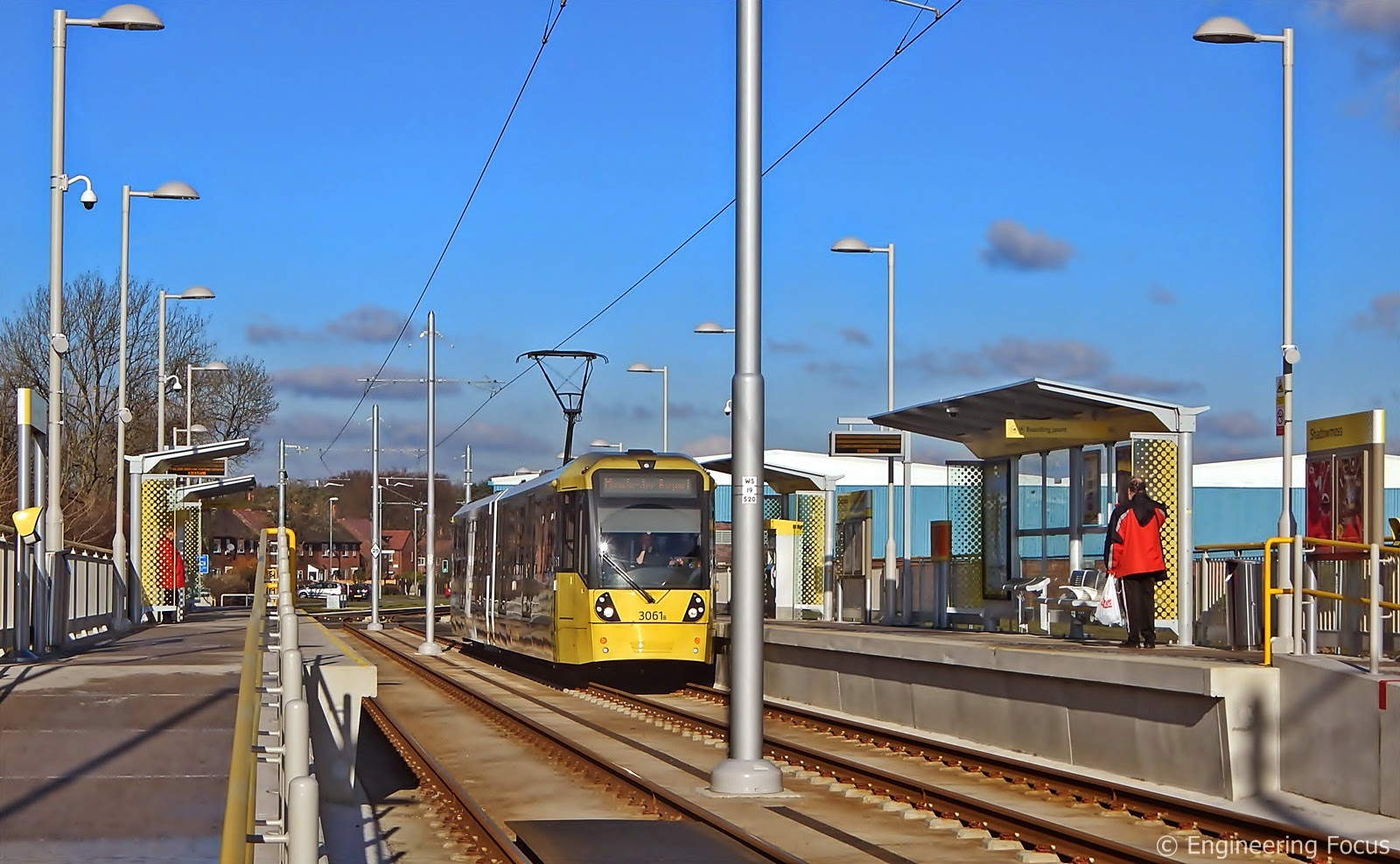 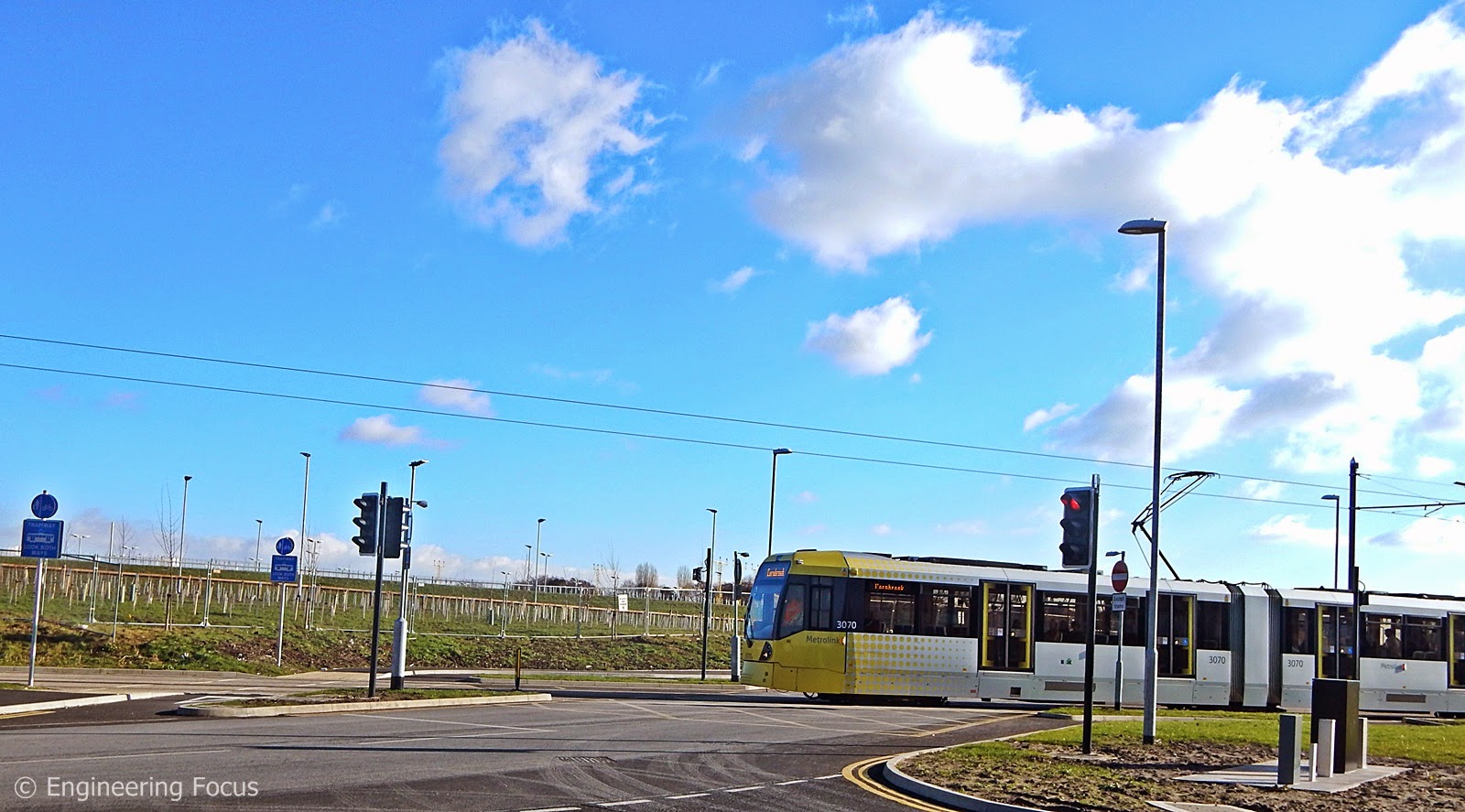