Rail Live "The only exhibition to bring the entire rail industry together in a real railway environment" returned for 2021 after the pandemic forced organisers to cancel the event in 2020. It's no surprise then that Rail Live 2021 seemed bigger than ever, not only with the usual live demonstrations that visitors have come to expect, but this year the Honeybourne shuttle made a return courtesy of Vivarail, Transport for Wales and SLC Operations who operated the service on behalf of Vivarail. Another train that will also be serving on the Wirral was also on display, one of Merseyrail's Class 777 EMUs built by Stadler ran regular short trips carrying passengers during the two-day event. 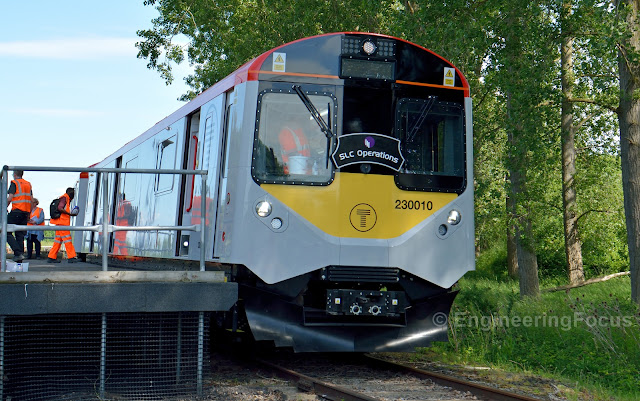 As someone who will, as a passenger benefit from the introduction of both units, I was keen to step aboard and take a look. My first port of call was the Class 230 which I was especially keen to take a look at inside for the first time, as I have been involved in campaigning for their introduction on the Wrexham-Bidston line for since 2016. I have to say that on first impression I was genuinely impressed. A small number of detractors like to remind people that they are ex London underground stock dating from the late 70s, but honestly, sitting onboard the Class 230  you would never know their past. I think even those who were sceptical at first have been won over by the transformation.

During the conversion from D78 stock to Class 230 the interiors were completely stripped back to the shell and the new high-quality fixtures and fittings installed. The two driving motor cars were very quiet, more akin to an electric train than a DMU, which isn't surprising as the Class 230s are diesel-electric hybrids. The middle trailer car under which the diesel gen-sets are housed was, if I'm being honest a little rattly whilst the engines were running, however nowhere near as noisy as the Class 150s which the 230s are set to replace. I was assured by Vivarail that they are working to address the rattle from the fixtures and fittings, but honestly, even with the engines on, the middle car is a lot quieter than a Class 150.

The interior of TfW's Class 230s 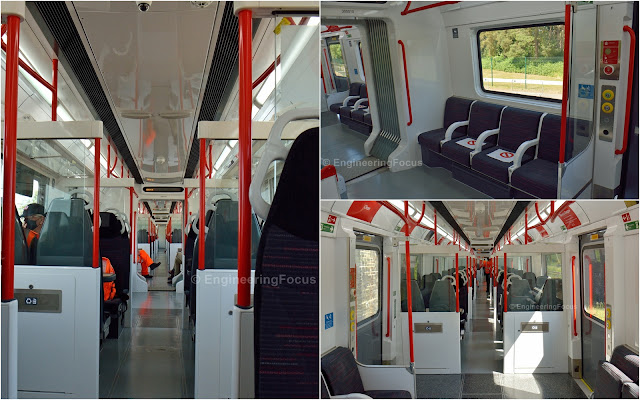 The Class 230s feature all the modern amenities that passengers now expect, such as charging points and an accessible toilet. In addition, the Class 230 also features air conditioning, something which even the fully refurbished Class 150s don't have.

For much more information about the Class 230 click here

There was so much to see and do at Rail Live I had to return for day 2 to step aboard Merseyrail's Class 777 built by Stadler. If I was impressed by the Class 230 then I think I was stunned by the Class 777. When you step onboard it truly is astounding, especially when, as a passenger you are more accustomed to Class 507/8s. The sense of space is something else, looking down all 4 carriages through the extra-wide gangways it feels almost like a TARDIS. Class 777s have 4 carriages but the units are only 4m longer than Class 507/8s, at 64.98mm, compared to 3 car 507/8s which are 60.7m long. The designers have cleverly used the space to increase the 333 maximum passenger capacity of the 507/8s, to 475 seated and standing for the 777s. There is also more legroom, passengers who travel on 507/8s will be familiar with the awkward angles at which you have to sit when there are passengers sat opposite, not with the 777, there is space to comfortably seat 2 adults opposite each other, without touching knees.

The Class 777 on display number 002 is a little bit different from the rest of the fleet, as it's fitted with a 67kwh hour battery, meaning that it can operate beyond the 3rd rail network. 002 is currently being tested on the Merseyrail network to see how well it can perform, to ensure that the added weight of the battery has no impact on its overall performance compared with the non-battery classmates, but also how well the battery itself can perform. So far 002 has been able to travel from Sandhills to Southport on battery power alone, a journey of approximately 20 miles. So far all indications are that 002 can perform just as well as units without batteries, so the added weight of the battery doesn't appear to cause any noticeable reduction in acceleration or braking performance.

The trial of 002 opens up the very real possibility of extending the Merseyrail network, or the reach of the 777s beyond the 3rd rail network and 777s fitted with batteries could potentially operate as far as Wrexham on the Wrexham-Bidston line, or from Ellesmere Port to Helsby. For the former to happen a number of 777s would likely have to be fitted with larger batteries with a short section of 3rd rail fitted at the Wrexham end for rapid charging. If you would like to know more about the possibilities that the battery variants offer click here. 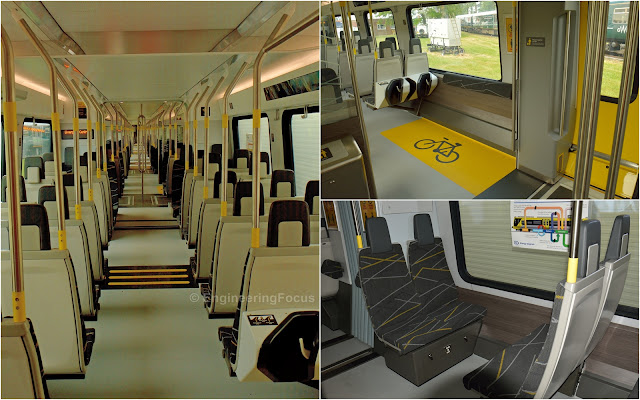 Merseytravel is currently working on a business case that may see all 777s fitted with batteries, which would mean the planned extension of the network to a new station at Headbolt Lane would not require any further electrification. Fitting all 777s with batteries would also help balance the power from regenerative braking which would otherwise be sent directly back down the 3rd rail. 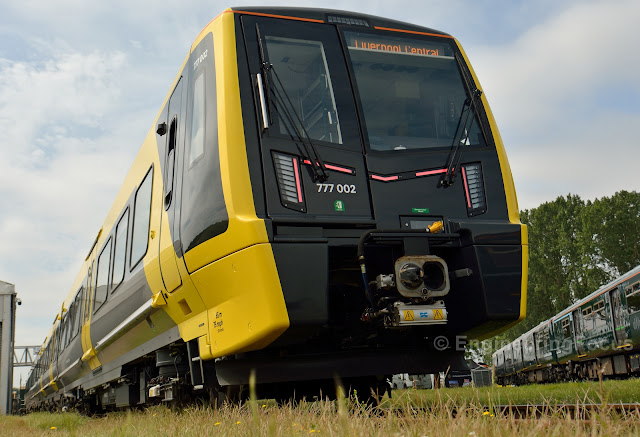 One of the most anticipated features of the Class 777 is the step-free access that they will provide across the Merseyrail Network once in service. Merseytravel has had to make some modifications to platforms, which you can find more information about here, but the 777s themselves have been designed with step-free access in mind. The units have been designed so that the floor of the carriage is level with a UK platform set at 915mm, with an offset of 730mm. To ensure that there is a minimal gap the units are also fitted with a retractable step which has an infrared camera fitted inside. As the step extends the camera detects the platform edge and ensures that there is no more than a 35mm gap between the step and platform. The step, combined with the camera and the 4 slightly shorter carriages helps to ensure that the gaps are equally spaced even on curved stations. 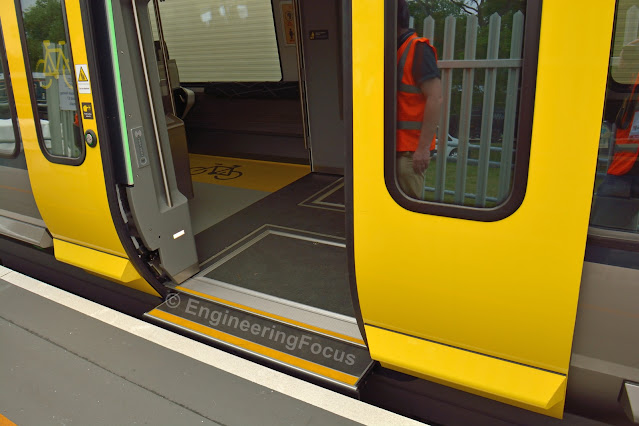 Rail Live has become an event at which rolling stock manufactures want to show off their new units, but primarily the event provides infrastructure and services companies with an opportunity to display what they have to offer. In part 2 I will be taking a look at some of the plant and engineering that was also on display.