It is hard to believe that I have been following the Mersey Gateway project for over 2 years, it does not feel like that long ago since I took the first pictures of the cofferdams that would eventually contain the foundations for the bridge pylons. 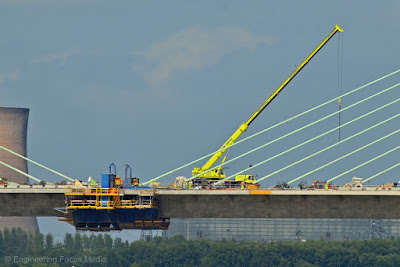 1 of the 3 tower cranes which were being used to construct the pylons has already been dismantled with the other 2 soon to follow, once scaffolding around the north and south pylons has been removed. Once cranes and scaffolding are gone people will be able to see the final graceful form of the bridge.

The 3 images below provide a close-up view of the pylons as they appeared on the 1st of August 2017. 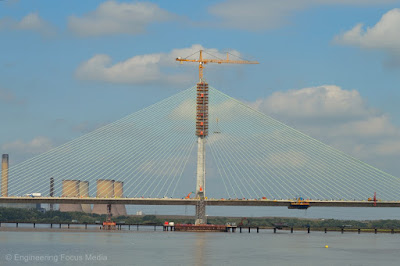 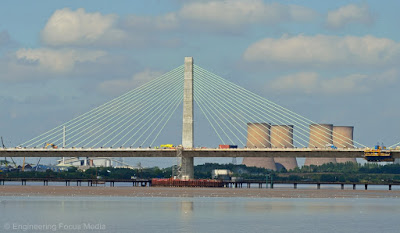 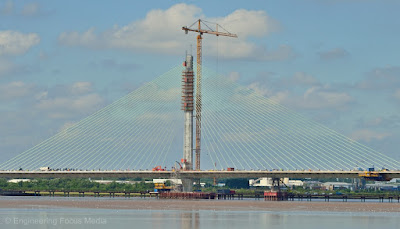 As the final section of the main bridge deck was being finished, the wing-traveller widening the Runcorn approach viaduct was just one section away from completing its task. The viaducts on each side of the Mersey, when combined with the bridge span, take the total length of the bridge up to 2.1km 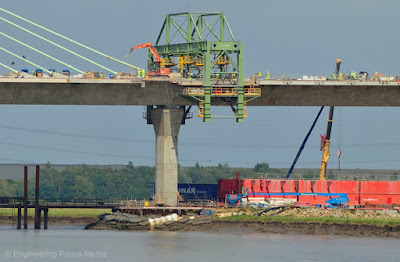 The existing Silver Jubilee bridge will also be tolled in order to stop people from using it to avoid the charge.

Unlike the Mersey Tunnels, the bridges will not have any toll booths, instead it will rely on a an automated system utilising ANPR (automatic number plate recognition). Registrations for the Merseyflow system opened on the 17th July, the Merseyflow website will allow people to register their vehicles and set up various payment methods one of which can provide a discount of up to 10% (correct as of Aug 2017).

If you do not register on the site you have until "midnight the day after" to pay the toll or you will face a penalty charge. You can pay online at merseyflow.co.uk, by phone, in person at a local walk-in centre or by using Payzone.

Regardless of discussions over whether the bridge should be tolled or not, there is no doubt that the new bridge is needed and will help reduce congestion and peak time journey times between Cheshire, Halton and Merseyside.

( The information above is not intended as official advice, for further information, up-to-date pricing and terms please use the official website) 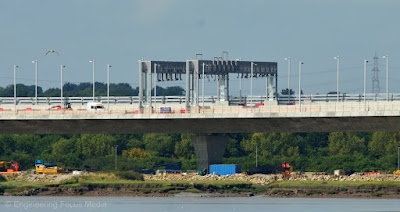 The bridge is still on course to open in Autumn 2017 which will give me with time for 1 last update before my final blog which will provide coverage of the opening of the bridge.

Before then why not check out some of the posts I have written over the past 2 and a half years which detail many aspects of the project.

Posted by Engineering Focus at 16:24