Parc Adfer is the name given to a £800m waste to energy facility located on the Deeside Industrial Park in Flintshire, North Wales. The plant which became fully operational in December 2019 can process up to 200,000 tonnes of non-recyclable waste per year and generate up to 17MW of electricity which is fed to the national grid, enough electricity to power up to 30,000 homes.

The facility was built through a public-private partnership (PPP), with Wheelabrator Technologies chosen to deliver and manage the project, Wheelabrator which operates other waste-to-energy facilities in the UK and US will operate the plant for 25 years. The company processes over 8 million tonnes of waste per year across its 25 sites, generating 732 MW of electricity, enough to power 671,000 homes. 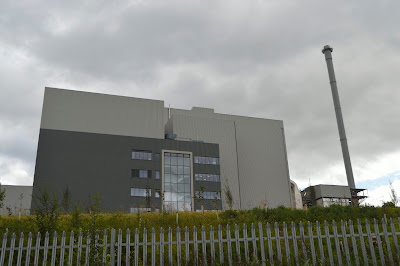 The building itself seems relatively modest for a plant capable of proccessing 200,000 tonnes of waste a year

Five Welsh authorities worked in collaboration with assistance from the Welsh Government to develop the proposal, which is known as the North Wales Residual Waste Treatment Project (NWRWTP). The 5 local authorities are Flintshire, Isle of Anglesey, Gwynedd, Conwy, and Denbighshire. It is from these 5 local areas where the majority of waste is collected.

Local waste from Flintshire is generally brought in directly by refuse vehicles, whilst waste from further afield is brought in by articulated vehicles with high volume capacity trailers. Waste transfer sites receive waste from refuse vehicles, which is then transferred to the trailers which can each carry up to 27 tonnes. In this way, local authorities can reduce the number of vehicles that are needed to deliver waste to the facility.

The construction of the plant generated some local opposition, with people raising concerns about air pollution, however, Wheelabrator say “Our facilities use the most advanced environmental control systems to meet and exceed some of the most stringent environmental standards in the world” adding “Waste-to-energy facilities are required to comply with strict air quality limits established by the European Waste Incineration Directive”. [1]

Indeed, modern waster-to-energy facilities are nothing like the incinerators of old. High burning temperatures up to 1110°C and filtration systems can burn off and then filter out much of the particulate matter. The facilities themselves can reduce the volume of the original waste material by 95-96%. Whilst Metals which remain within the waste can be removed and sent on to be recycled, the remaining ash can also be recycled and is used within the construction industry as secondary aggregate.

Further to this, Wheelebrator refer to a study that was undertaken on behalf of the German Federal Environmental Agency [2]. The report demonstrates that waste-to-energy facilities can have a positive net impact on greenhouse gas emissions through the reduction of methane emissions, which would normally be generated by waste which has been sent to landfill. Whilst methane only accounts for 10% of greenhouse gases globally it can trap 84 times more heat per mass unit than carbon dioxide 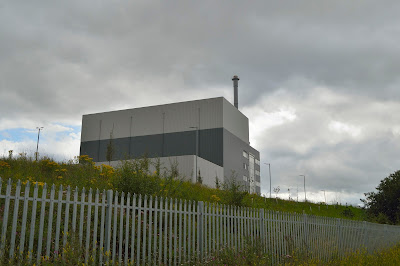 Of course, there remain pros and cons, as such facilities do still emit Co2 into the atmosphere and very small amounts of other particulates, even if the amounts are so small, as not to pose a risk to the environment or people living close by. In general though, energy recovery from waste can play a crucial role in managing the waste that we the public produce.

Flintshire Country Council recycles 58,000 tonnes of waste per year, but this still only accounts for about 69% of the total amount of waste that is recycled. This is significantly above the national average for Wales, which stands at 60% of waste recycled. However, this still leaves a huge volume of waste that either can't be recycled or isn't yet being recycled by the public

So, whilst as much as 40% of the waste generated by households in Wales and across the UK remains un-recycled or un-recyclable, we must find solutions to disposing of the waste which we produce, a solution which doesn't involve burying it in the ground for future generations to deal with.